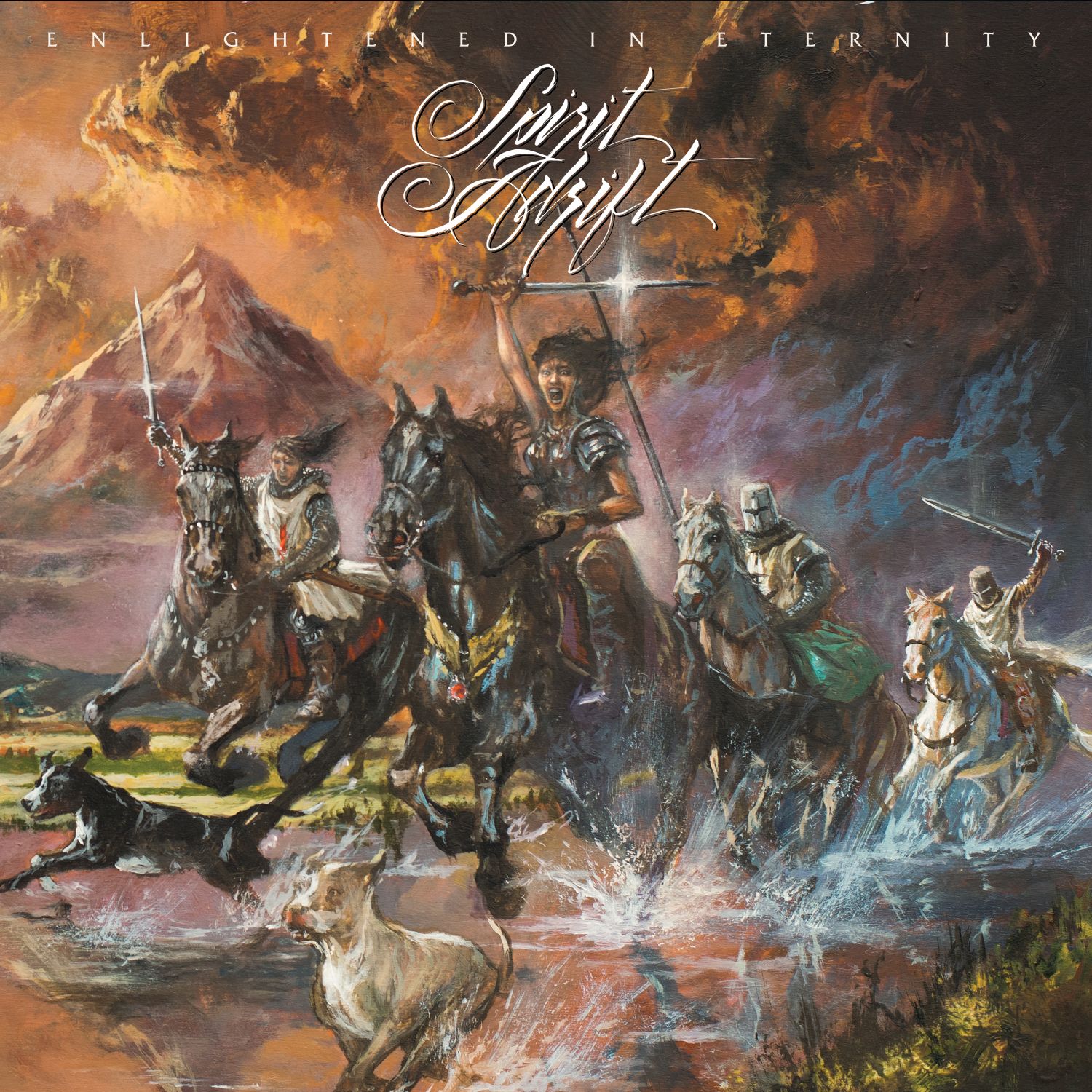 On their fourth album vocalist/multi-instrumentalist Nate Garrett and drummer Marcus Bryant are as they say back to square one. They started out as a duo in Phoenix some years ago, added some musicians to be able to take the stage but recently switched back to being a duo with Garrett as the main composer.

The eight songs on ‘Enlightened In Eternity’ should appeal to fans of old school melodic metal and hard rock with also a modern touch here and there. What strikes me is that these lads really sound genuine on this CD. The riffs are bone hard, the solos sometimes have slight Iron Maiden influences (,,Astral Levitation’’ for example) while Garrett might not be the world’s best singer but one way or another he just brings it across. This is an album that combines seventies/eighties ingredients and in a way on the closing song ,,Reunited In The Void’’ (that clocks almost eleven minutes) the group presents a composition that is haunting and has a very doomy, Black Sabbath type of character and is of epic proportions. But the bulk of the material are straight forward, honest heavy metal songs with melody and power, inviting you to crank up the stereo for maximum result and listening pleasure. No pretences, no nonsense, just good old plain and honest melodic metal with no deeper meaning or thoughts behind it. And those kind of records are at times very enjoyable to hear as is the case here!