SPIRITS OF FIRE-Spirits Of Fire 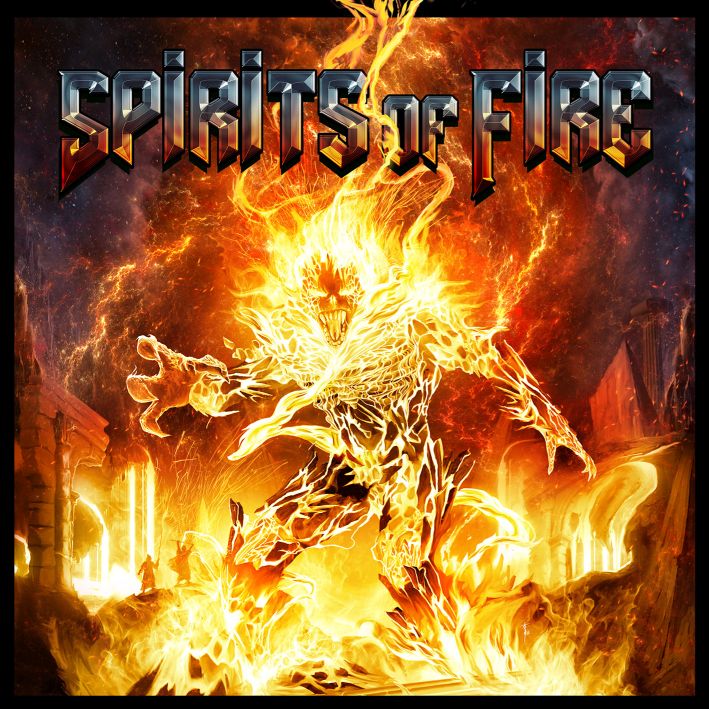 SPIRITS OF FIRE-Spirits Of Fire

February 5, 2019 by Michel van de Moosdijk - More about our team

After some consideration and careful planning the main people at Frontiers Records have come up with another project put together of very experienced dudes who have earned their laurels in rock and metal. Tim ‘Ripper’ Owens (Judas Priest, Yngwie Malmsteen, Iced Earth and most recently The Three Tremors) on vocals, Chris Caffery (Savatage) on guitar, Mark Zonder (ex-Fates Warning, Warlord) on drums and bass virtuoso Steve DiGiorgio (Death//Testament), well, that is a line-up that makes us very curious. And the label appointed profound producer/guitarist Roy Z (Tribe Of Gypsies, Driver and West Bound) to be the man to guide and oversee the production. Interesting at the least, don’t you agree? The record soon makes us all aware that these dudes mean business. Owens is confronted with song material that is a cross between Priest, Savatage and Iced Earth and that stuff fits him perfectly. Spirits Of Fire stands for pure heavy metal with thick layers of guitars, an impressive rhythm section that pull their weight in more ways than one and Caffery who impresses as a guitarist (maybe this album convinces him that it would be better to just be a guitarist and not combine that with singing himself). The songs are of a no nonsense approach and most of them clock between 5 and 8 minutes, giving the listener quite a lot to consume. Although there is a certain amount of melody on the record (like on ,,It’s Everywhere’’ with tasteful acoustic guitar parts) the bulk of the record is filled with fast and most of the time furious metal on which Owens shows again why he was once chosen as the guy that was able to step into the boots of Rob Halford. Just listen to him (and the band) on ,,Stand And Fight’’ and I think you’ll get the message. Although Spirits Of Fire does not sound very original (who does these days?) it should not stop you check out this pure heavy metal monster. Okay, it is not as good as the last Flotsam and Jetsam album but nevertheless this is metal at its purest.