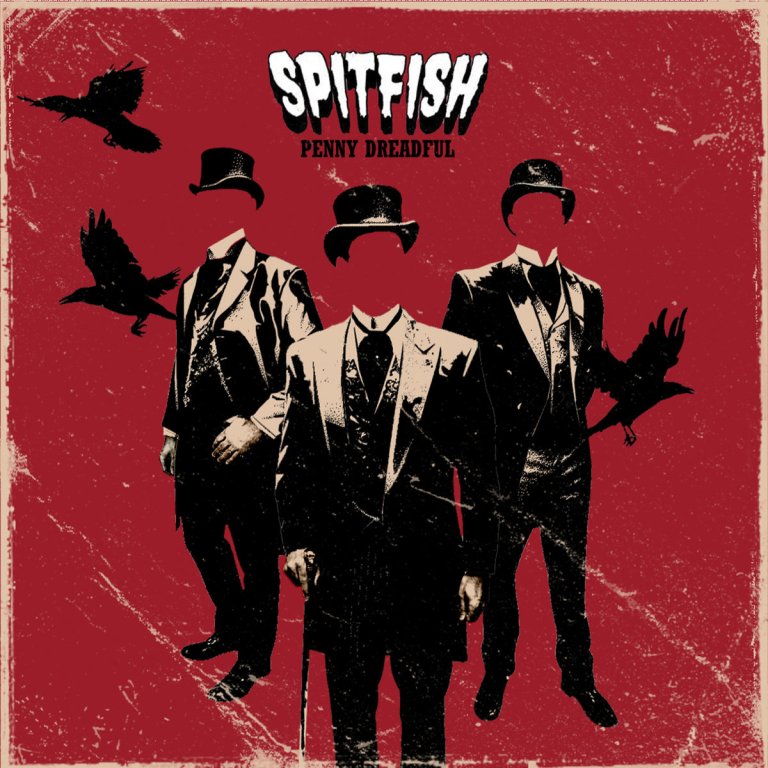 SPITFISH is a conceptional rock trio from Gdansk, Poland formed in 2016 as a one-man project by singer Boris Karloff.  They call their music ‘rock noir’. ‘Penny Dreadful’ starts with a short intro; ,,Into The Void’’ followed by ,,Grim Suspiria’’, which sounds a bit like Black Sabbath: dark and heavy with spooky, sinister vocals but still a catchy song. The guys are huge movie fans which explains their aliases (besides singer/bassist Karloff also guitarist Cyril Delevanti and drummer A.J.). ,,Swallow The Dust’’ is a bit more gothic while ,,Hey Hey My My (Into The Black)’’ (a Neil Young cover) combines wave and gothic. ,,Lost’’ is a moody  song while ,,Big Black’’ has an intro that reminds me a bit of Queensrÿche. ,,Big Black’’ is well arranged and bass driven and ,,Smoke & Mirrors’’ continues that line. All in all, a gothic meets alternative rock album that pays homage to the black and white horror movies of old and Spitfish has the concept to go with it. An album worth listening. Also check out their BandPage on our website here.