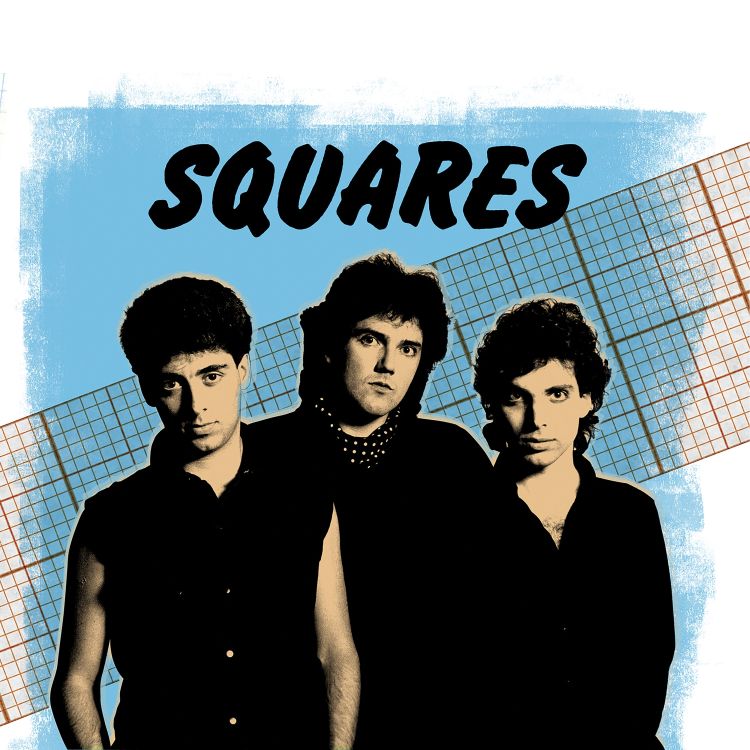 I love Joe Satriani’s guitar playing and I have all his solo albums which I cherish and listen to a lot. Now earMUSIC releases Satch’s first album ever, not a solo album but with his first band, being Squares. Next to super axe man Satriani Squares consisted of Andy Milton (lead vocals and bass guitar) and Jeff Campitelli (drums). These three guys got together in late 1979 and what them made them stand out from their Bay Area peers was their very unique musical approach. Squares were NOT about shredding, it was traditional guitar-bass-drums and lots of lead vocals were sung harmonized (almost like The Everly Brothers) all the time. The first set of recordings of Squares was the most spirited, very straightforward music with almost no guitar solos; so guitar freaks be aware!! Squares was in fact a power pop band, just listen to ,,Give It Up”, ,,Everybody’s Girl”, ,,B-Side Girl” or ,,Follow That Heart” and you will know what I mean. John Cuniberti recorded, re-mixed and mastered all the material and I have to say that it is not really a must for Satriani aficionados, but anyway just listen for yourself and figure it out. As Satch himself says: “Turn it up and enjoy!”