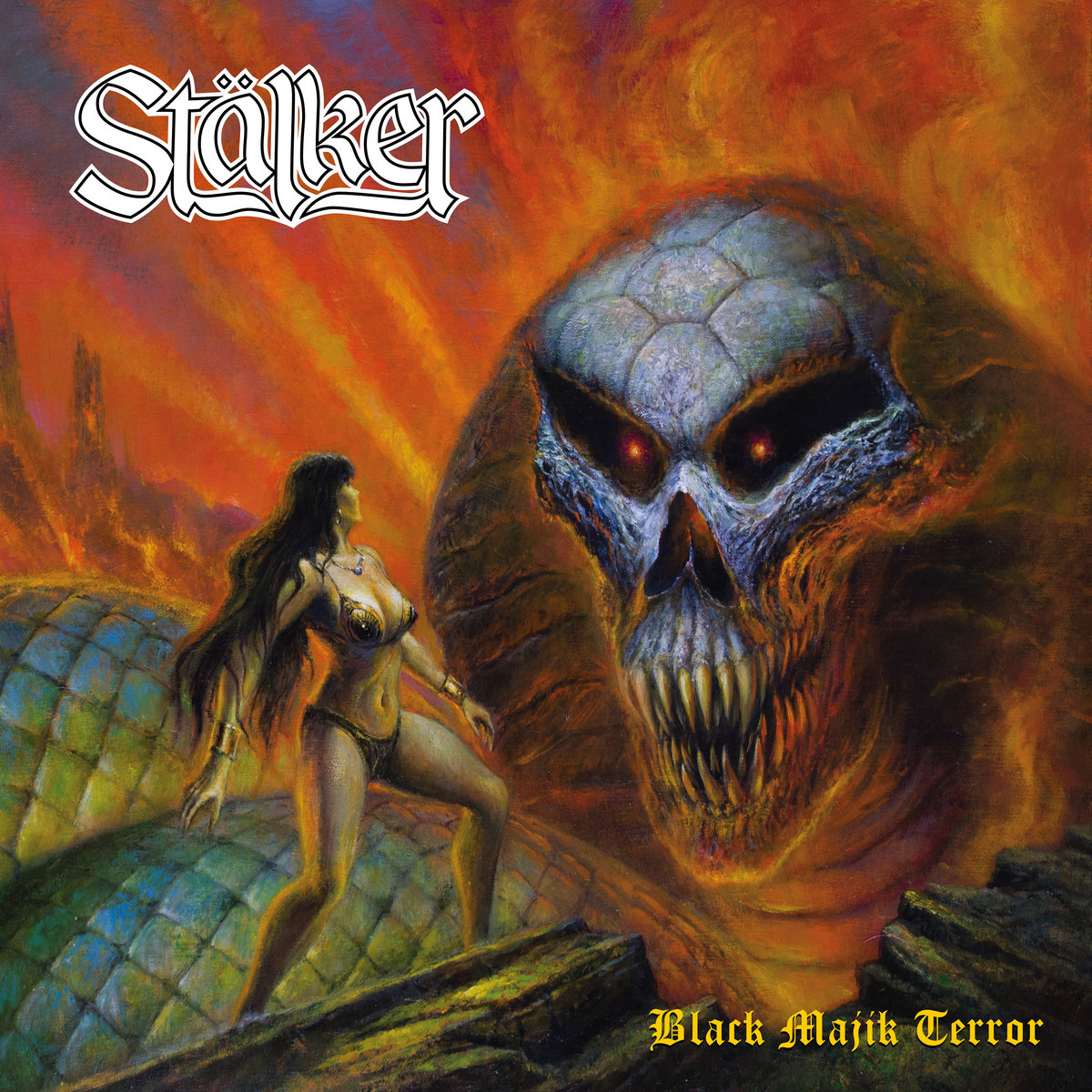 What this three-piece speed metal band from New Zealand has to offer on their new album is, to me, far from original. But to the enthusiasts of full-blown 80s influenced speed metal, this might be an interesting release.

Production wise `Black Majik Terror’ sounds like it was released at the end of the 70s and somehow it reminds me of the sound of the first Iron Maiden album. Just listen to the opening riff of the song ,,Demolition”, that has very much Maiden’s ,,Phantom Of The Opera” vibe. So if that was the goal Stälker had in mind, they absolute succeeded in their mission. The lead vocals of bassist/vocalist Daif are an obscure mix of Tom Araya-like vocals, grunting and a high-pitched head voice that kind of reminds me of a bad version of King Diamond. And to be honest, the sea of echoes on the vocal mix does not help at all.

The way these nine songs are crafted, feels far from exiting to me. Don’t get me wrong, these guys can absolutely play their instruments, but it is the song-writing department that could use a real boost. Except for intro’s, most of the songs are at a full force power tempo, but for me a combination of high speed sections, alternated with mid or slow tempo section, could make things more diverse in the dynamics and listening experience.
`Black Majik Terror’ is only recommended for a select group of fans.