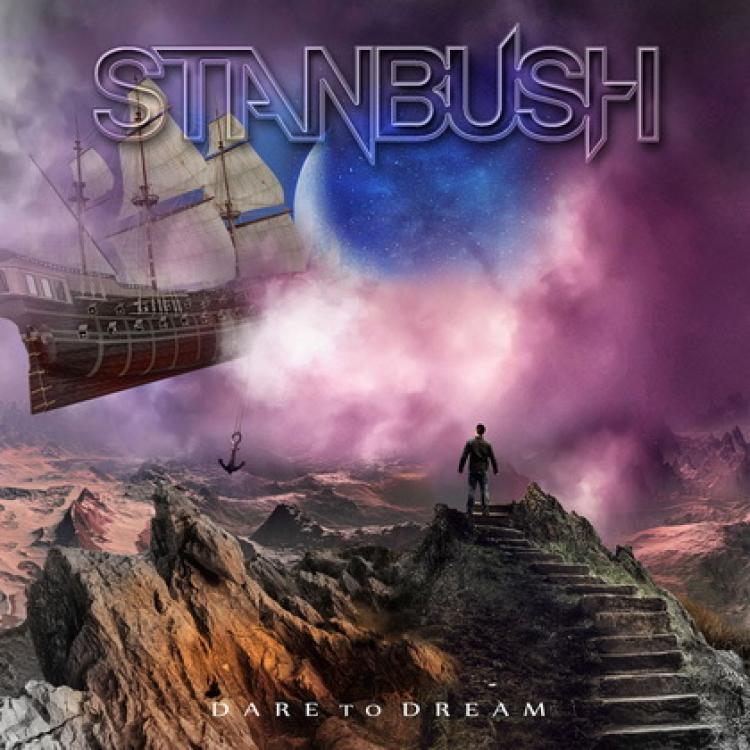 December 3, 2020 by Michel van de Moosdijk - More about our team

If there is one man who knows how to put a smooth, silky, melodic AOR record with a rocking edge together, it has to be Stan Bush. Like Jim Peterik Bush has that certain touch that you recognize anytime, anywhere. On his 14th album Bush answers the prayers of his fans by putting together eleven easy listening AOR tracks including a few sensitive ballads (,,A Dream Of Love’’), including a few up-tempo rockers and some songs that are one hundred percent suited to be featured in a film or a TV-series. It is a thing that is typical for Stan Bush. In the past his songs have been used for several movies and series (Transformers being the most famous) as they have the characteristics that movie- and TV-producers are looking for (easy on the ear but rocking and exciting). Like for instance the first song of ‘Dare To Dream’ called ,,Born To Fight’’ that is heavily being used by Netflix for some of their flicks. It is handy for the bank account of Stan Bush I suppose.

The eleven songs do not really cross new territories. With his warm voice, some lyrics with a never say die attitude (which always works in the USA), a balanced, crispy and adequate overall sound (produced by Holger Fath), the right amount of guitar work, some silky keys and a driving beat ‘Dare To Dream’ has become a typical yet (I must admit) enjoyable new chapter in the career of the 67 years old Bush. Is it a played on safe AOR record? No doubt about that, but when you have the right voice and the capability of writing catchy songs (Bush has both) you can afford taking no musical risks as you know what your fans want and expect from you. And Stan Bush delivers and even gets away with the fact that his song ,,Heat Of Attack’’ has a certain resemblance with Survivor’s ,,Burning Heart’’.