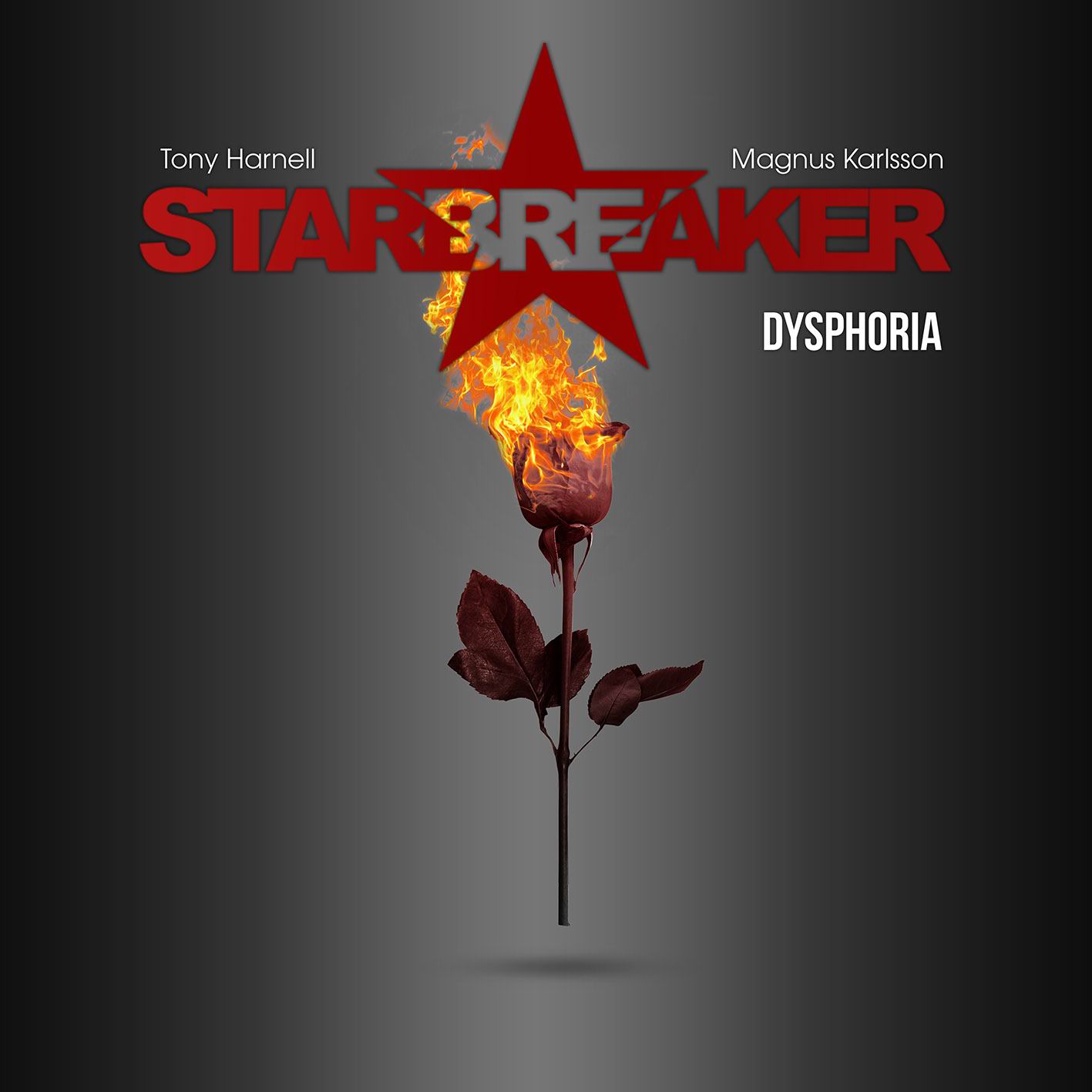 I really did not expect ever to hear a third CD from Starbreaker that started out as a solo project by vocalist Tony Harnell while he was still with TNT. Tony quickly involved Swedish guitarist Magnus Karlsson (Primal Fear/Allen/Lande) and it grew out to be a band project that brought us two stunning albums (‘Starbreaker’ in 2005 and ‘Love’s Dying Wish’ in 2007). But that was over 12/13 years ago and a third CD did not seem to be happening soon. Harnell stayed with TNT, did some own things, sang very shortly with Skid Row, finally left TNT and renewed the connection with Karlsson resulting in ‘Dysphoria’. It shall not surprise you that this CD style wise is very similar but there are some differences as well. First of all ‘Dysphoria’ has a few much heavier songs on offer. First song ,,Pure Evil’’ is an absolute metal head banger, a style you might not really expect from Tony Harnell but this guy can sing from a phonebook if that is required. His voice is still immaculate, just as good as 35 years ago when he blew everyone away on TNT’s ‘Knights Of The New Thunder’. Whether it is a ballad like ,,Beautiful One’’ (stunning song) or a cover version of the Judas Priest’s ,,Starbreaker’’, it makes no difference for Tony Harnell. He does sing it in style, with power or with tenderness and feeling. Being backed by the resilient Karlsson (a multi-instrumentalist, producer and song writer extraordinaire) ‘Dysphoria’ turns out to be a more versatile and at moments heavier record in comparison with its two older predecessors. It has got everything a melodic rocker wants to hear and expects from a rock record and more. No need to add anything further, just enjoy!