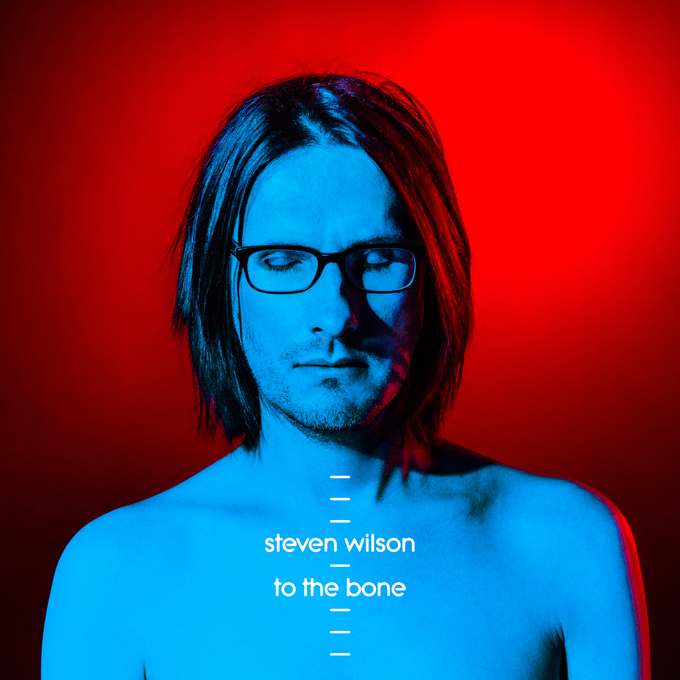 Steven Wilson, workaholic, genius musician and composer now releases his fifth solo studio album called ‘To The Bone’. His previous album ‘Hand.Cannot.Erase.’ was released in 2015 and it was one of my favorite records of that year. Wilson already released the singles ,,Pariah”, ,,Permanating” and ,,Song Of I “, but I have to say that these three songs are really NOT representative for the album. Let me explain why. ,,Permanating” is an utterly love or hate song, as it is rather controversial, seeing that it is a pop song in the true sense of the word. ,,Permanating” features a very catchy, almost addictive chorus and it could even be a radio hit for Wilson; but I think that lots of people who like(d) Porcupine Tree and his other solo material will not be able to ‘understand’  this song….The first single from this album is called ,,Pariah” and it is a ballad-like song in which Wilson shares the vocals with Ninet Tayeb, who already sung on the track ,,Routine” from the ‘Hand.Cannot.Erase’ album. The third single, so far, is called ,,Song Of I” and that one features dark synthesizer melodies, lots of electronics and some people may experience this one as rather boring. ,,Song Of I” features guest vocalist Sophie Hunger, a Swiss jazz pop singer-songwriter and her rather dark voice fits perfectly to the really mysterious atmosphere of the track. To me, and maybe to lots of Wilson fans and admirers, these songs really ‘stand out’ from the rest of the song material on ‘To The Bone’, as the other eight songs are excellent little prog rock ‘masterpieces’ as only Wilson could come up with. The song material on ‘To The Bone’ is different from songs on the very much liked ‘The Raven That Refused To Sing’, but that is what Wilson always does, his music evolves and every Wilson album is different and more ambitious. ‘To The Bone’ is again, just like other Wilson and Porcupine Tree albums, a growing album, you have to get used to it and every time you listen to it, you like it more and you will discover other elements in the beautiful songs. Musical highlights to me are the title track, a typical Wilson song with a very strong vocal melody and a great shirt guitar solo in the middle. ,,The Same Asylum As Before”,  great title by the way, is a driven rock song with a very, very catchy chorus, which will stay in my head for a couple of years to come I am afraid; sheer bliss! ,,Refuge” features a dark slow intro, followed by heavy guitar riffing and a lot of great instrumental passages while ending with a bluesy harmonica and piano part. But my absolute favorite track is ,,Detonation”; the longest track of the album clocks almost 10 minutes and it is sheer brilliant prog rock/metal. ,,Detonation” features two amazing instrumental parts and it could also be labelled as a Porcupine Tree song. The lyrics of this breathtaking song, play it loud, deal with religious extremism. According to Wilson ‘To The Bone’ was inspired by a couple of progressive pop records like Peter Gabriel’s ‘So’ (1986), Talk Talk’s ‘The Colour Of Spring’ (1986), Kate Bush’s ‘Hounds Of Love’ (1985) and Tears For Fears’s ‘The Seeds Of Love’ (1989). So, there is a lot to enjoy and discuss about this new album by Wilson as  some fans and critics already called ‘To The Bone’ a commercial sell out, as Wilson signed a new record deal by Caroline Records starting with this album. For me Wilson definitely did not sell out, as ‘To The Bone’ is a fantastic album, a very brave and ambitious piece of prog pop music! ‘To The Bone’ will be in my favorite top 5 albums of the year 2017 without any doubt. However ‘To The Bone’ could also be labelled as the most controversial prog album of the year, judge for yourself and love, hate or cherish it.