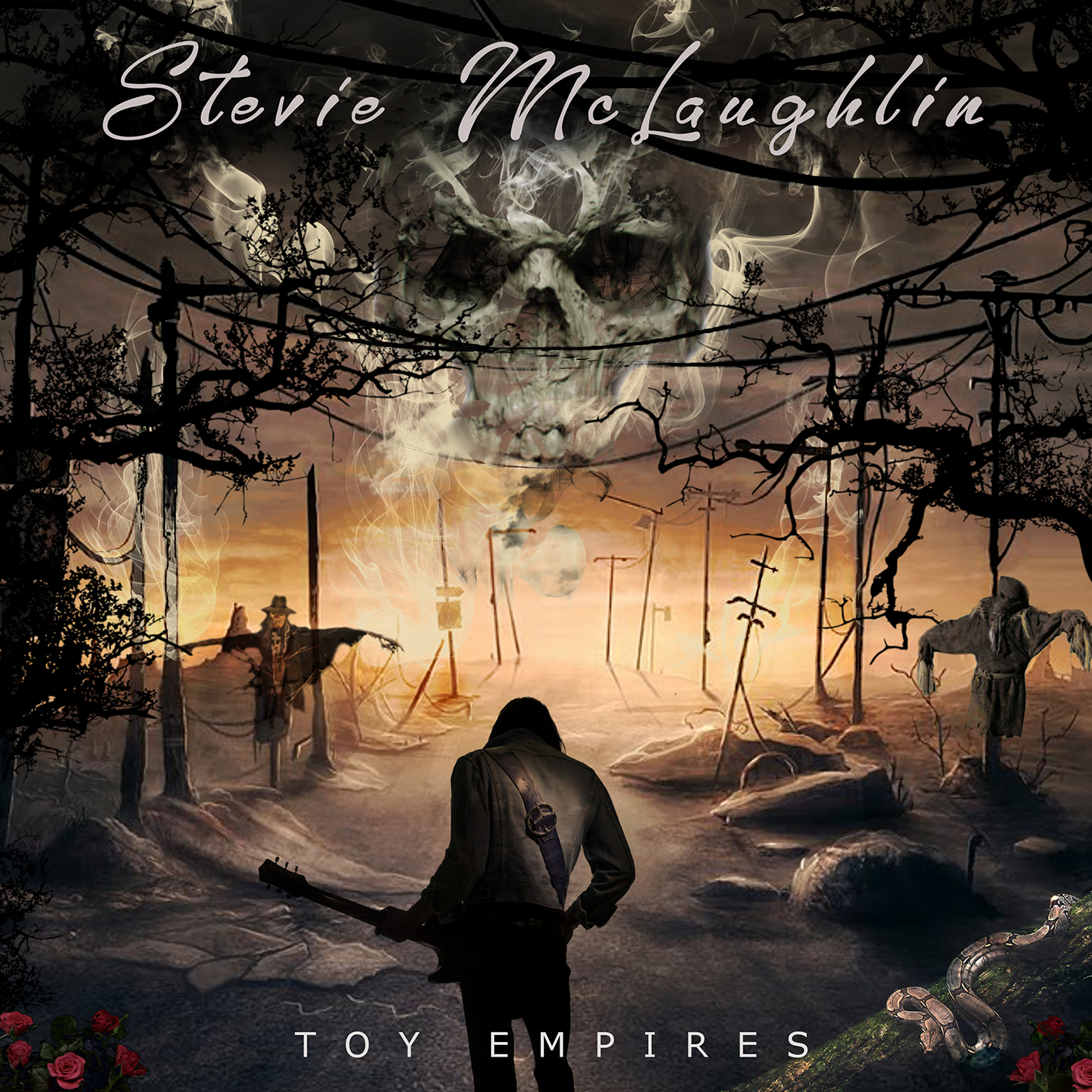 Stevie McLaughlin is an Irish guitar picker, who already recorded four albums with the Irish metal band Sandstone. ‘Toy Empires’ is his first solo effort and it features ten tracks on which he plays all the instruments. I have to say that this album is a must for guitar freaks, as he really plays his fingers to the bone with excellent solos, great hooks, riffs and amazing melodies. Guitar-wise McLaughlin is “clearly” influenced by guitarists like Rory Gallagher, John Petrucci and Gary Moore and the music on this album is an obvious blend of hard rock and classical heavy metal. Definite highlights are the tracks ,,Apocrypha” (a mid- tempo song with Jason Becker-like guitar work), ,,Prophetic Skies” (featuring fast arpeggios and a wonderful melodic solo), ,,Chimera” (fast heavy solos) and ,,Memories Of Eden”. The latter also being the longest track (10:41) and that one kicks off with a very heavy intro, followed by fast riffs/hooks and lots of melody throughout the song. Unfortunately Stevie also has the guts to sing on this album and that is a shame, as his voice is rather mediocre and it would have been better if he had asked someone else for the vocal parts on the album. Nevertheless, ‘Toy Empires’ is a more than excellent solo debut, filled with strong, melodic classical metal guitar parts! So, get out your air guitar and play along to McLaughlin’s outstanding debut album.