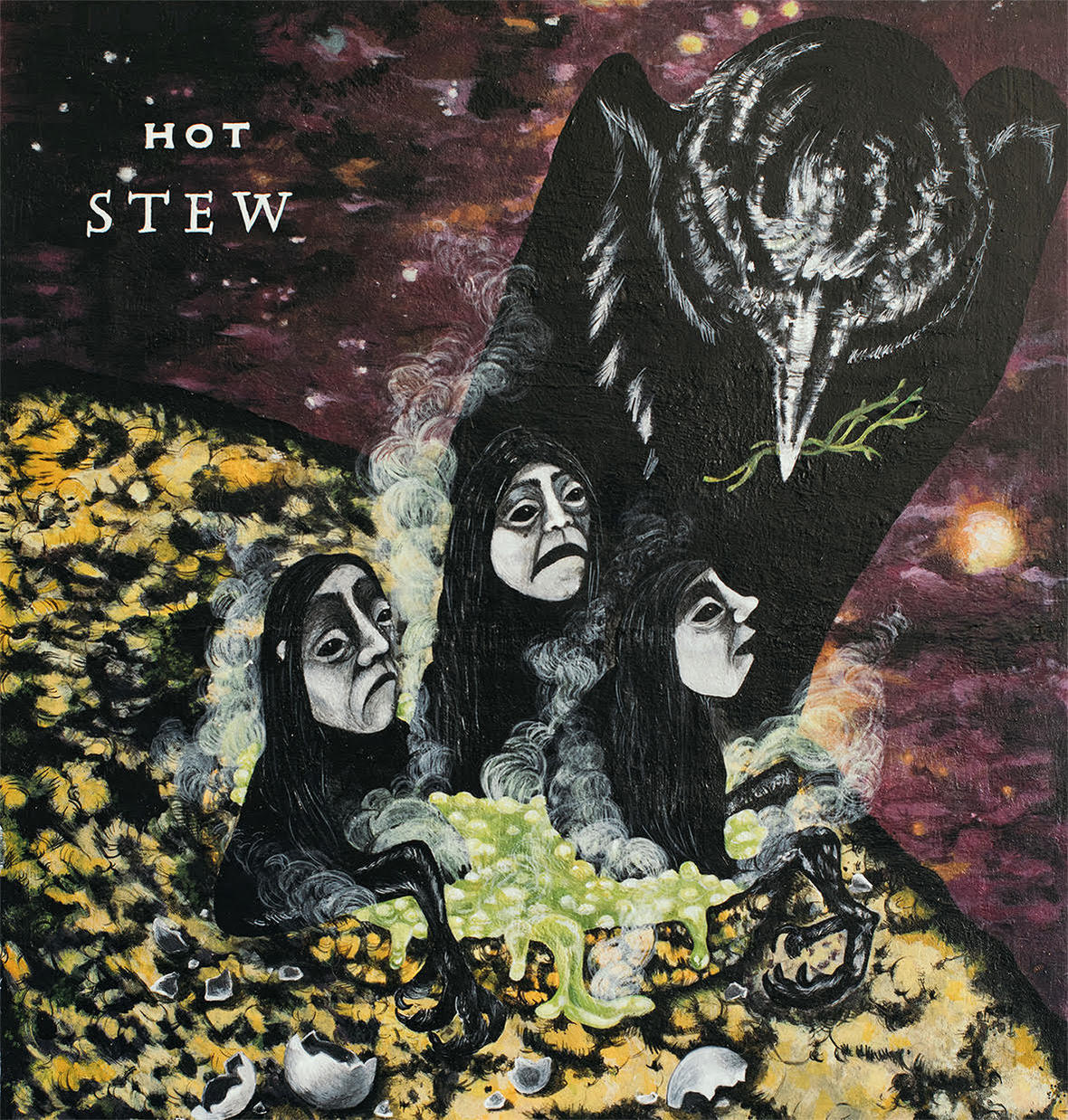 With today’s longing for classic rock music, and vinyl reinstated as most enjoyable source for music in general, society is steering away from the clinically overproduced era. Copy paste metal and rock is slowly fading into the background of the scene, and the CD is losing terrain to the scratch and tick of the warmer and organic vinyl sound. These developments coincide with emerging younger acts gripping back to the heydays of classic rock, when bands like Led Zeppelin, Jimi Hendrix and Black Sabbath ruled the airwaves. Greta Van Fleet and, perhaps slightly less obvious, Ghost are bands with their roots strongly edged in the roaring 60’ and 70’s.
Stew is one of the bands also gripping back to those days and focus on the hard rocking blues of the 60’s, with raw and energetic chops of 70’s era hard rock. Their music almost one on one transferable onto Hendrix’s hardest rocking tunes. Without discarding them as a rip off, they clearly paw into his legacy. That, and Cream obviously. It’s a mishmash of classic rock that erupts from your speakers. It’s bluesy and raw, with whammy soloing guitars with profound riffs, and shuffling drums from Nicklas Dahlgren underneath low-end bass lines. Basic ingredients cooked up into a stew of classic rock. Pulled forward with drive captured in an organic ‘in your face’ production, recorded live in studio most likely. All 4 tracks on this `Hot’ EP breathe a sixties and seventies flame. Raw vocals reminiscent to Black Crowes at times, and recognizable chorus and refrain. It is sticky and organic with a raw and energetic bluesy drive. ,,Dig For Gold” has an impressive power chord pulling it forward and ,,Might Be Keeping You” is just flawless and delivered with impressive strength, it oozes ,,Axis Bold As Love”- panache. Never does guitarist Nicklas Jansson try to copy the master, but he definitely injects some sleight hand wizardry occasionally, without drifting away from the songs theme. Vocally bass player Markus Asland draws from a roaring register with a little hoarse undercurrent reminding me of Chris Cornell and Eddie Vedder. Pawing deeper into the rocking blues of, say…. Rory Gallagher, is ,,Tongue Tied”, with its impressive hook line and blues grit being stirred all over. The song is executed in the best 70’s manner, as is this entire EP.

Some might discard this as old fashioned, but with the above mentioned taken in consideration, Stew comes across with tons of integrity almost as a homage to two decades in which rock and music in general were transformed and gotten widely accepted by the masses. Stew is oozing passion and their music is warm and genuine above all. Check out ,,If this will be the End” with its Cream / Hendrix chorus musical drive, and you’ll have an idea of what we may expect in the near future.