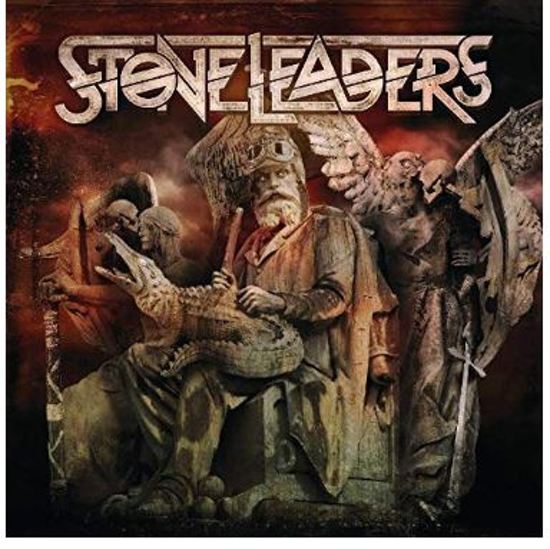 When you have a glance at the career of American drummer John Macaluso you will be surprised about the enormous amount of albums he has played on and the bands and projects that he has been involved with and in some cases still is. He has worked with Mister Malmsteen, Ark, TNT, Alex Masi, Powermad and numerous others. A few years ago he was asked for a drum clinic in Zagreb, Croatia. He asked the promoter of that clinic if he could hook John up with some local talent and that is how John met guitarist/singer Ivan Mihaljevic. The duo hit it off together and decided to work together in a new project entitled Stone Leaders. Two other Croatian musicians (Marko Karacic and Animal Drive vocalist Dino Jelusic got involved as well with Dino singing and playing keys). Macaluso send Ivan at first just some drum parts and they started composing songs from that. John came up with a new description of the music and named the style that this band stands for on their first album ‘dark prog’. What is striking about this album is that Stone Leaders is a group that in contrary to a lot of other progressive rock bands does not make their songs into epic battles. And still there is a lot happening. Especially Macaluso’s drum parts are right in your face, busy, inventive yet very structured. Some people might think that the drums are a bit too prominent in the final mix of this album but I don’t agree with that. There is quite a lot happening in the songs that are a combination of progressive metal, hard rock and have some classic elements as well. The fact that Stone Leaders has two singers is not a bad thing either. Both voices are immaculate. ‘Stone Leaders’ is an album tough that will not grab you by the neck the first time. You will need some time to investigate properly what these three Croatians and this one American are all about but once the penny drops you will find that songs like ,,Box Of Time’’, ,,Fire Up The Oceans’’, ,,Shot By Lies’’ and ,,Gravity’’ have plenty of class, stamina and immaculate musical performances to impress people who like bands like Sons Of Apollo and even Dream Theater. I am not saying that Stone Leaders on all twelve songs reach that level but most of the time they come very close indeed. Definitely an album that should not be ignored!