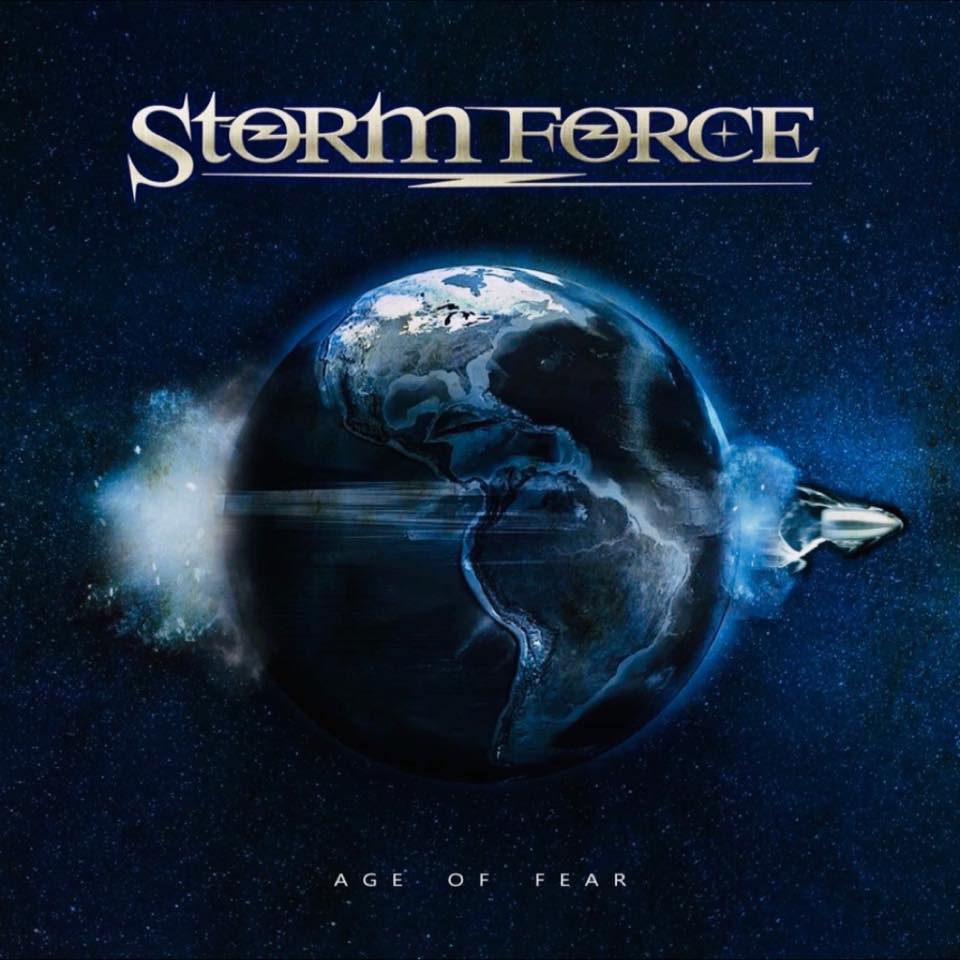 One of my favourite bands from Canada was/is Brighton Rock. It is not that the band that released three studio albums in the eighties and early nineties and a live album after a reunion reached the super famous status like for instance Triumph and Rush, but they kicked ass with their melodic rock and metal. Especially their album ‘Love Machine’ is a must have in my opinion. It seems that the band around founder Greg Fraser (guitar) is still active from time to time but that did not stop Greg (who through the years had a four year spell in Helix and had another band called Fraze Gang) from starting up a new four piece group called Storm Force with singer Patrick Gagliardi (Surface Tension), bass player Mike Berardelli and skin beater Brian Hamilton. The group found a home with English label Escape Music and as a melodic rocker you should know by now that label owner Khalil Turk nowadays brings out quality stuff only. So what has Storm Force in store for us all? A very healthy portion of melodic rock with at times songs that have a serious metal edge as well. Greg Fraser is an old school rocker. Some of the riffs on heavier songs like ,,Marshall Law’’, ,,Dirty Vegas’’ and ,,Ride Like Hell’’ seemed to be marinated in pure concrete and steel and they could have fitted on a Brighton Rock album. For me the harder side of Storm Force is also the side that suits singer Patrick Gagliardi best. On these kind of songs he can go all the way and does so with conviction and passion. To be brutally honest the album could have done with a few more tracks in this direction although a song like ,,Breathe’’ where Patrick sings a duet with Serena Pryne is of an excellent quality as well. The moment that the band plays a more ballad type of song…. I have the feeling that is not where the strong parts of Patrick lie. Not that he makes a fluke of things but a soppy song like ,,More Than You Know’’ might be good for the versatility of the band and their sound but it just doesn’t do it completely for me. But then Patrick shines on the ballad ,,Different Roads’’, a fine and emotional song, proving me completely wrong! There is enough classic rock present on ‘Age Of Fear’ with tonnes of relentless guitar work, a quite heavy and good overall sound and that old school metal feeling that drips’ of ‘Age Of Fear’. All these things makes the whole effort a worthwhile and at stages just classic encounter. Some of the songs are just screaming to be played at the loudest level! As far as I am concerned that should become the future direction for Storm Force (especially with a band name like that). Just go for the throat and add a ballad for good measure. ‘Age Of Fear’ is thoroughly recommended though! Make no mistake about it!