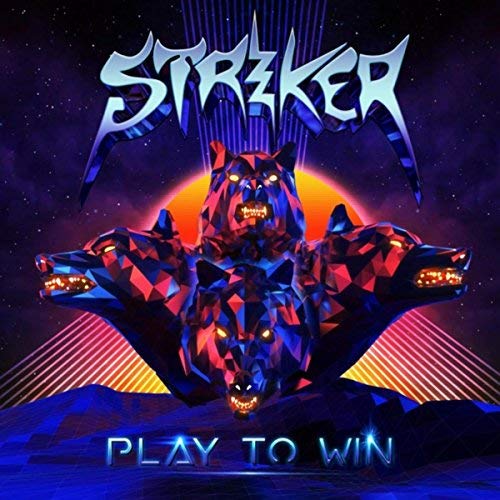 ‘Play To Win’ is the 6th studio album by Canadian metal rockers Striker which very distinctive sound is dominated by high twin guitar melodies and solos. ‘Play To Win’ contains ten tracks, which are very diverse and pleasant to listen to. Dan Cleary’s vocals are excellent and the melodic lyrics and sometimes catchy choruses can be very addictive and give you a good feeling while listening to them. Check out, for example, ,,Hands Of Time’ or ,,The Front” as the latter really has a super catchy and sing-along chorus. The sound of the extraordinary song ,,On The Run” is a blend of musical characteristics from bands like Van Halen, Iron Maiden and Stratovarius, while ,,Summoner” is a typical heavy metal/hard rock song, almost belonging to the New Wave Of British Heavy Metal period. The guitar melodies and solos of Tim Brown and Chris Segger really make this a great melodic, diverse album and they sometimes remind me of the guitar sounds of Night Ranger. Highlights for me are: ,,Position Of Power”, ,,On The Run” and ,,Summoner”; but the best recommendation for this album comes from guitar picker Brown as he says: “This album is designed to light a fire under your ass and get you moving, and we made sure to get the most modern, ear-melting sounds possible. It’s all about where metal is going, not where it has been, and this is our soundtrack to success.” I could not have said it better, dude.