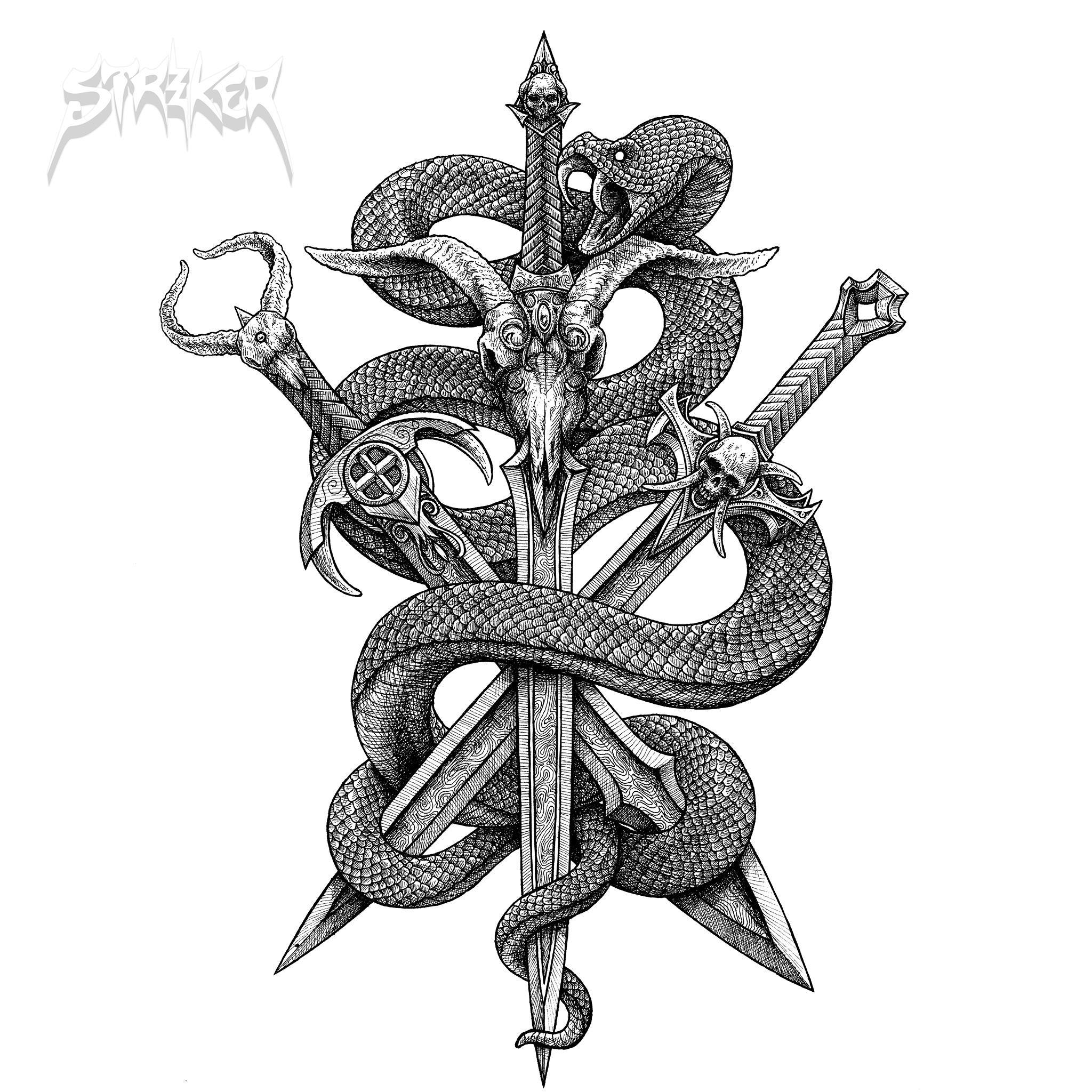 When Canadian metal band Striker released its last CD `Stand In The Fire’ in the beginning of 2016, I felt hooked right away to their fresh and very driven sound. And with excellent tracks like ,,Out For Blood’’ (my absolute favourite), ,,Too Late’’ and the beautiful semi-ballad ,,One Life’’, Striker, in my opinion, made a good ambassador for Canadian’s new generation of heavy metal bands. We are at the beginning of 2017 and this very motivated four piece hits the scene with the release of their brand-new, self-titled album `Striker’, which they put themselves instantly on the throne of Canadian top heavy metal bands. The ten new, self produced, tracks are loaded with full speed energy, very appealing melodic and haunting guitar lines, killer riffing, damn catchy hooks and pounding (speedy) rhythms that wants to make you headbang from dusk till dawn. The music of Striker clearly has absorbed the influence of the classic, old school eighties heavy metal, thrash and speed metal, but these guys know how to give their music a fresh and modern appearance. And let’s face it: with a vocalist like Dan Cleary nothing can actually go wrong. And it doesn’t, because Dan presents himself stronger than ever. The melodies of the vocal lines are very well written, arranged and performed and his high-pitched vocals are the vibrant centre of this album and he makes me believe every word he sings. Every song has a super strong, catchy chorus and is build around powerful vocal harmonies. But having catchy hooks doesn’t mean `Striker’ is a sissy album. It’s not. In fact this is pure metal that punches you in the face thanks to bass player William Wallace and drummer Adam Brown and lets not forget guitarist Tim Brown who treats us constantly with true metal sounding guitar licks and solos. These guys not only prove their musician ship once again, but they also mark that the band has arrived on a new, higher level. I cannot spot any weak moment on `Striker’, though I can point out my personal listening tips: ,,Former Glory’’, ,,Born To Lose’’, ,,Rock The Night’’ and ,,Over The Top’’.