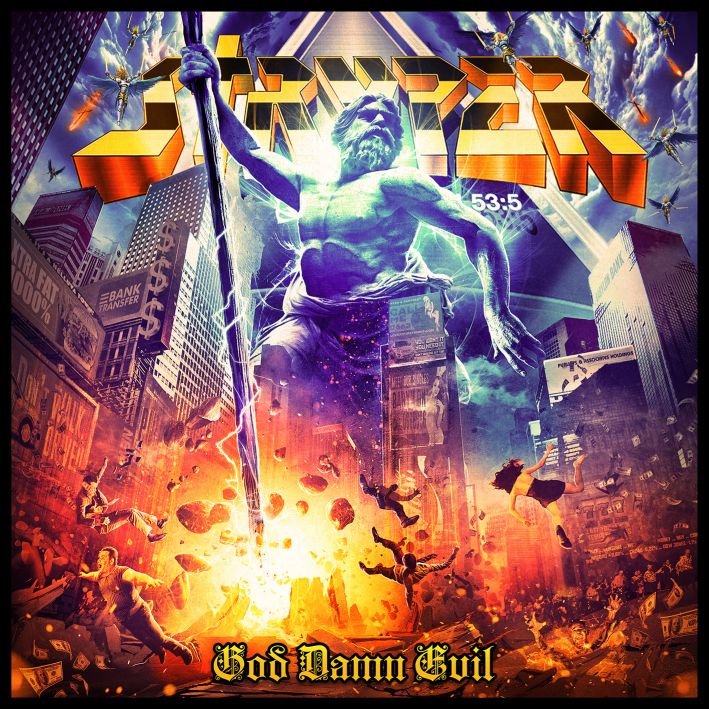 There have been some problems in the Stryper camp that have led to the postponement of the recordings of this CD. Bass player Tim Gaines was battling some personal problems and the rest of the band decided to wait for him to recover. That took longer than expected. In the meantime singer/guitarist Michael Sweet recorded a new CD called ‘Unified’ with guitarist George Lynch and after that it was time to concentrate on Stryper again. It is a bit unclear what happened with Gaines. He claims that the band fired him after giving him an ultimatum about his possible return that he obviously did not meet. Anyway, Gaines was replaced by Perry Richardson who had a long spell in the band Firehouse in the period 1990-2000. So here we are, listening to a new Stryper CD that really does not open up any new avenues. Only the first song ,,Take It To The Cross’’ with its superfast chorus sounds really different and in my opinion not very impressive. Tracks like ,,Sorry’’, ,,Lost’’, the title song and ,,The Valley’’ are typical Stryper songs where the band balances between heavy metal and melodic hard rock, while ,,Can’t Live Without Your Love’’ is a very decent ballad with balls. In principle all the elements are there on this album: big drums from Robert Sweet, guitar duels between Michael Sweet and Oz Fox and of course the typical voice of Michael Sweet who is not shy of reaching the high regions and going a bit over the top on several occasions. But ‘Goddamn Evil’ does not offer anything exciting, it is just another Stryper album a bit played and composed in an automatic pilot mode. Good enough perhaps to please the many Stryper disciples but I detect a bit that there is no real progression in the music anymore, and I had the same feeling with the last Sweet and Lynch CD.