SUBSIGNAL-A Song For The Homeless Live In Russelsheim 2019 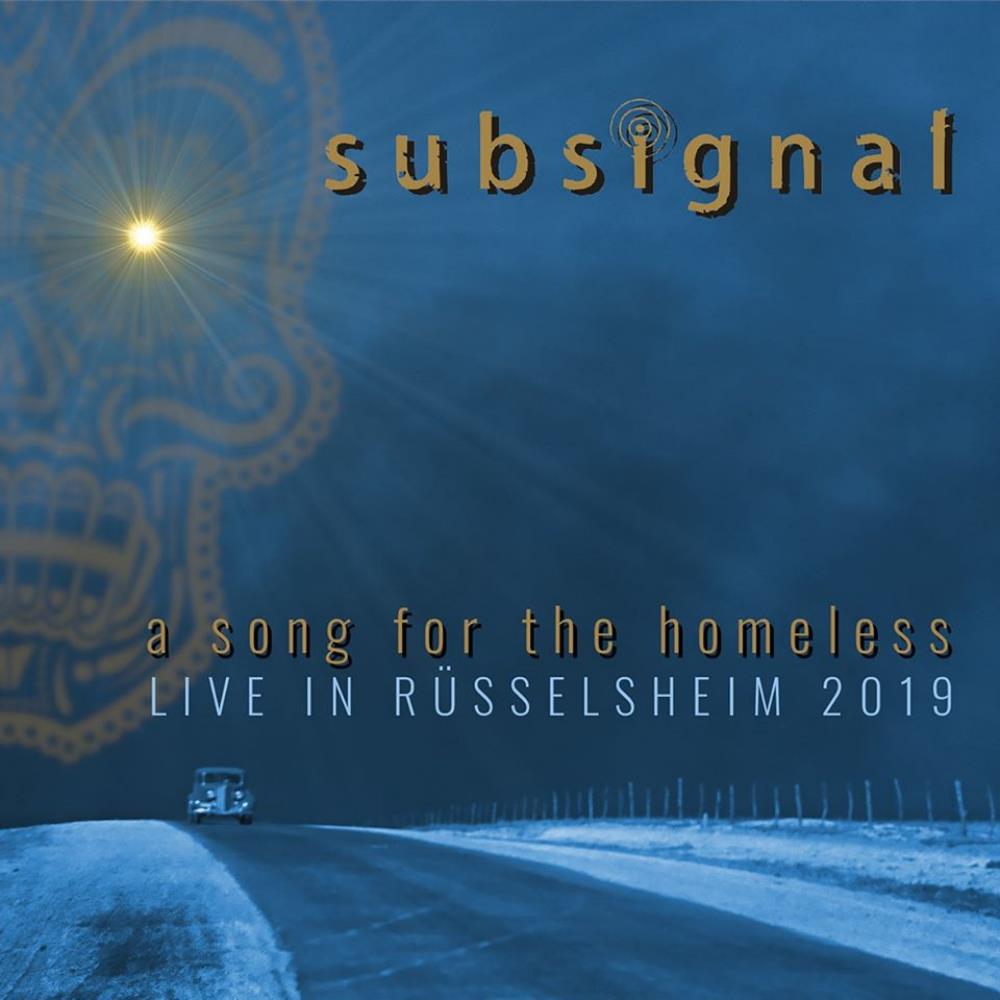 SUBSIGNAL-A Song For The Homeless Live In Russelsheim 2019

After the release of their 6th studio album ‘La Muerta’ in 2018 German/Dutch progressive/symphonic rock band Subsignal decided to record a live album while promoting ‘La Muerta’ on the road. In 2019 the band first released a compilation CD entitled ‘A Canopy Of Stars’, containing the best material of their first five records and as you might have expected this twelve song live epos is a journey through time on which the band plays old and more recent stuff for a very thankful audience. When this web magazine reviewed ‘La Muerta’ it was already noticed and stated that Subsignal is a band that comes up with daring arrangements and some stunning vocal arrangements and choirs and it is exactly those strong points that have been put forward on this registration. The way Dutch singer Arno Menses brings his parts forward is at times breath taking as are the back ground choirs (just listen to ,,The Passage’’ and you will get my drift. The song also has a drum solo by Dirk Brand). This band has really turned into a seasoned and very entertaining group where all aspects are one hundred percent taken care off. Especially the ease and brilliance in which the songs are being performed is out of this world. It is a team effort in which every participating musician whether it is guitarist Markus Steffen, keyboardist Markus Maichel, the rhythm section Ralf Schwager (bass) and Dirk Brand (drums) or Arno Menses plays his part. Furthermore just as was the case with ‘La Muerta’ the band has managed to come up with a crystal clear sound and production. Every note that is being sung or played is pitch perfect and leaves nothing to be desired. And yet the sound has enough ‘heaviness’ as well. The set list is as impressive as the performance, the musical history of Subsignal is fully covered. Okay, you might (if you have been following their career) wonder why a particular song has been added or not, but all in all this CD tells it all. And although several songs clock over five minutes or more there is never ever a moment that the music is not entertaining enough. Arno Menses has furthermore a pleasant presentation pulling the audience in where necessary, creating a familiar feeling and good atmosphere. Subsignal might not be world famous in the progressive and symphonic genre but with this first class live registration they (YET AGAIN) establish themselves as one of the best in their field from Europe! This is most likely one of the best live-CD’s you will hear this year in this genre! Heavily recommended!