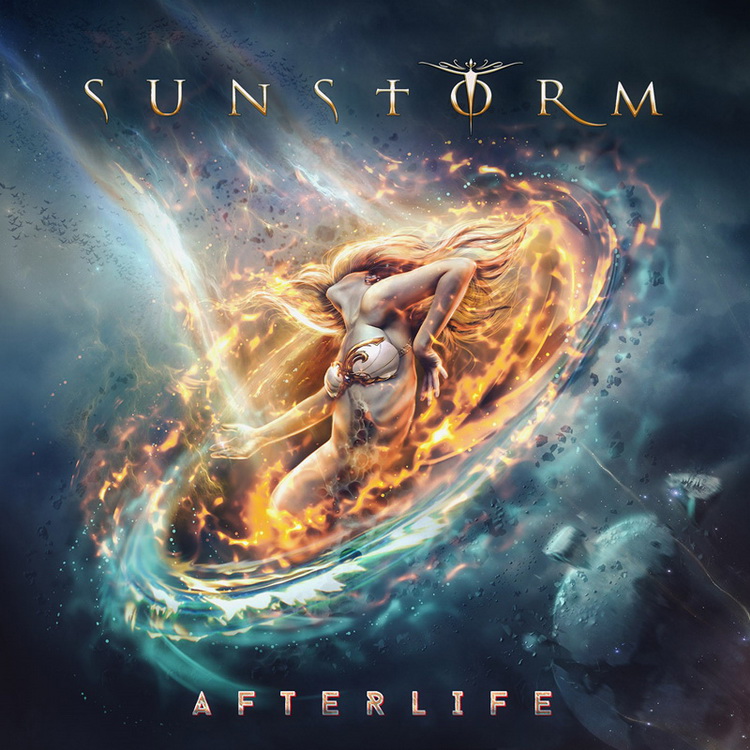 Social media has been filled with a lot of comments about Sunstorm and the fact that epic singer Joe Lynn Turner is no longer involved with the project after five albums. When Sunstorm released ‘The Road To Hell’ CD in 2018 Turner told Frontiers Records that for him it was enough, that as far as he was concerned all potential was reached and fullfilled. Still, Frontiers boss Serafino Perugino decided to carry on with the project even without Turner.

As Frontiers staff producer Alessandro del Vecchio was already involved with Sunstorm for some time as was guitarist Simone Mularoni and bass player Nik Mazzucconi it was just a matter of finding a new singer and drummer. Michele Sanna was hired for the drums and the label decided to ask Ronnie Romero to stand behind the microphone. A man whose singing capacities are certainly not in doubt but Ronnie has appeared on so many albums the last years (Rainbow, MSG, Coreleoni, Vandenberg, Lords Of Black and several others) that he runs the risk of overexposing himself. Romero has received a lot of criticism for that. The fact is though that because of the pandemic artists have no income from touring and bills still have to be payed. And Romero earns his keep with his voice so is he to blame for the fact that he is in high demand? Sometimes you have to strike while the iron is hot and Romero is a hot topic.

For many people there is also the fact that they see Sunstorm as a Joe Lynn Turner thing, which is in a way understandable, but it was Joe Lynn Turner himself who walked away. It might have been better to lay the project to rest to avoid criticism but the owner of the record company has decided otherwise so we are confronted with a sixth Sunstorm album called ‘Afterlife’.

Obviously because of the fact that Romero and Turner are not the same singers ‘Afterlife’ is a bit different. Alessando del Vecchio has written the material, played keys and obviously took care of the production. Whatever you might think of all the happenings in and around this project, the persons involved or no longer involved the fact remains that ‘Afterlife’ is a good album. The songs are very decent, the musicians involved immaculate, the sound is hard and heavy yet with a big melodic swing and feel all around, so when you look at the big picture there is not much wrong with ‘Afterlife’ at all. Maybe one or two real highlights are missing but on the other hand the album does not have any fillers either. It is a steady and pretty consequent affair with a classic Purple/Rainbow vibe. At the moment the name Sunstorm might bring a bit of upheaval to the surface with some people but that will blow over so what will be left over is a good melodic hard rock album with a great singer standing tall!