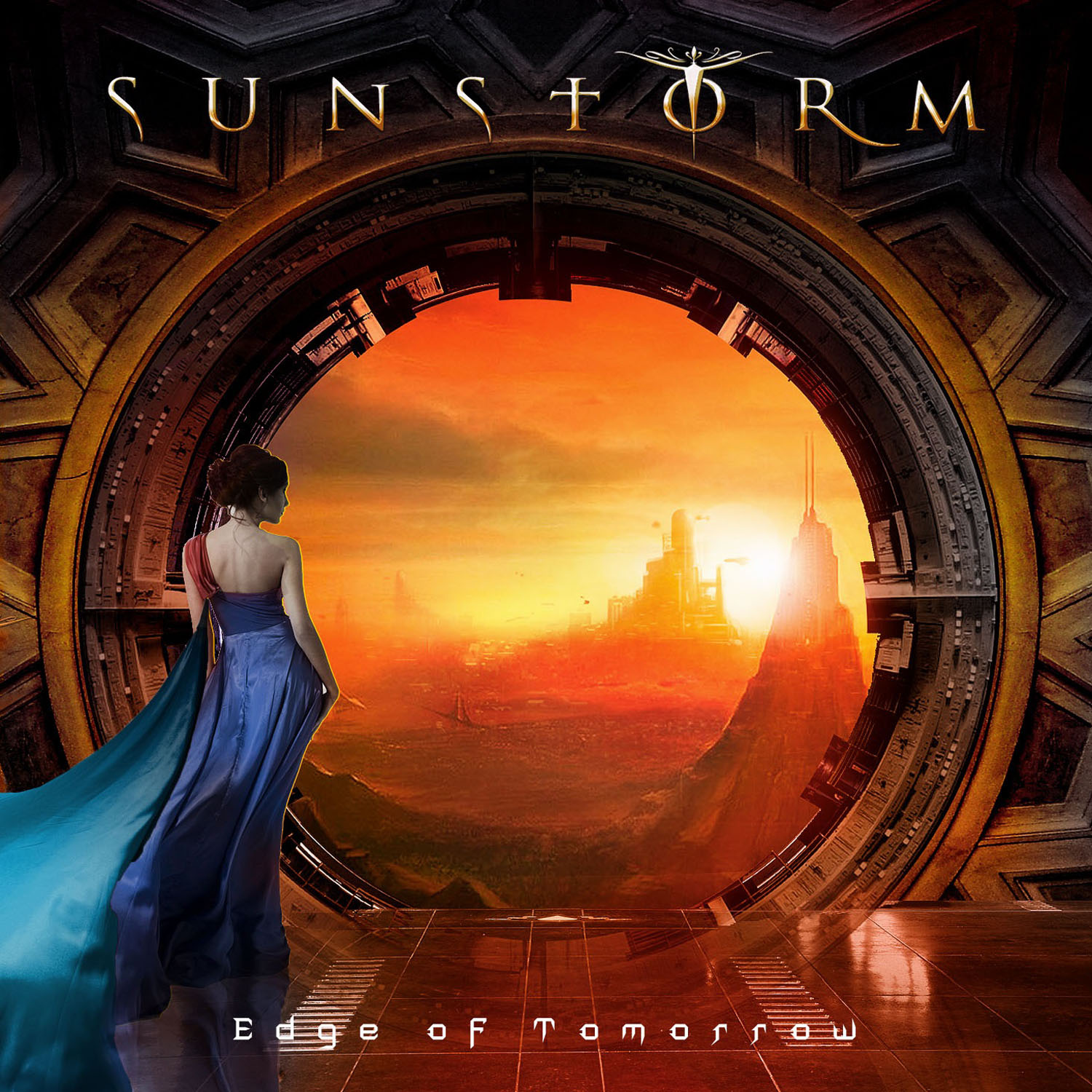 I find it surprising that singer Joe Lynn Turner has had nothing to do with the production, mixing or even the compositions on the fourth Sunstorm album. The powers that be at Frontiers have given keyboard player Alessandro Del Vecchio the full responsibility to produce and write ‘Edge Of Tomorrow’. Del Vecchio is the new golden boy at the label as he was involved with many records that Frontiers released recently. Joe is just the singer, but he is the man with the name and the reputation, so everything is focussed on him. In comparison with the other three Sunstorm albums it seems to me that this one is a bit more hard rocking, more in the style of Rated X (with drummer Carmine Appice), with whom Joe recorded an album a couple of years ago. All the instruments are being played by Italian guys and were recorded in Bologna and San Marino while Joe recorded his parts in New Jersey. That is how it goes these days, you can do it without being together in the same studio. Long live rock and roll! Times have changed indeed! But hey, do not misunderstand me. ‘Edge Of Tomorrow’ may be produced and made in different parts of the world, it still sounds good and has some great songs as well. Especially the title track is a vintage Joe Lynn Turner performance as are the strong ballads ,,Angel Eyes’’ and ,,The Darkness Of The Dawn’’. Del Vecchio has done a great job on the production and Joe never disappoints as he proves in convincing performances of the songs ,,Tangled In Blue” and ,,Burning Fire”. This album will put Joe in the limelight again for a while, but I am sure that the veteran is a bit disappointed as well that he did not get the Rainbow gig. He has often mentioned that he was open to working with Mr. Blackmore again, but instead he had to settle for Mr. Del Vecchio.