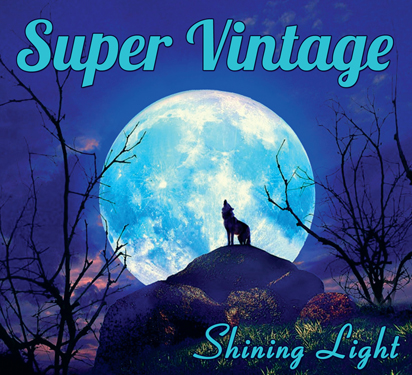 If I did not know any better I would tell you that Super Vintage comes from a place like Jacksonville in Florida, the home town of great southern rock bands like Lynyrd Skynyrd, Molly Hatchet and Blackfoot. But it turns out that this band comes from Greece with guitarist/song writer, singer and producer Stavros Papadopoulos as their main man. Stavros has been active for quite a while, has recorded four earlier albums with Super Vintage, recorded and released a solo-album (‘Spirits On The Rise’) and is also involved with a handful of other bands.

Listening to the eleven tracks I really feel that this is too good to be true. Stavros and his band mates have managed to create a warm blues and southern rock based record where all the southern rock ingredients are showcased in fine songs like ,,Southern Son’’, ,,Bourbon Man’’, the subtle acoustic ballad ,,Too Long’’ and the semi-ballad ,,Shining Light’’. His vocals are also quite astonishing and at times very tasteful. The music is a mix between blues rock, southern rock and a bit of heavy rock can be detected as well. And above all the record has a super melodic character. The only typical ingredient that is missing would be the typical guitar duels that is so characteristic for the above mentioned bands and a group like Outlaws. But Stavros does a good job by himself as his songs are very mature and the execution pretty immaculate. The production is kept pretty basic I guess but all in all the whole record sounds very genuine and honest. A bit more fire in the hole on the production side would have been nice but in this case there is enough bite and grit there, so Super Vintage can look back and be proud of an honest sounding bluesy/southern rock record from European soil. Stavros and his team have used the lockdown for COVID-19 to their advantage as they managed to record the album. A pleasant discovery I might say….