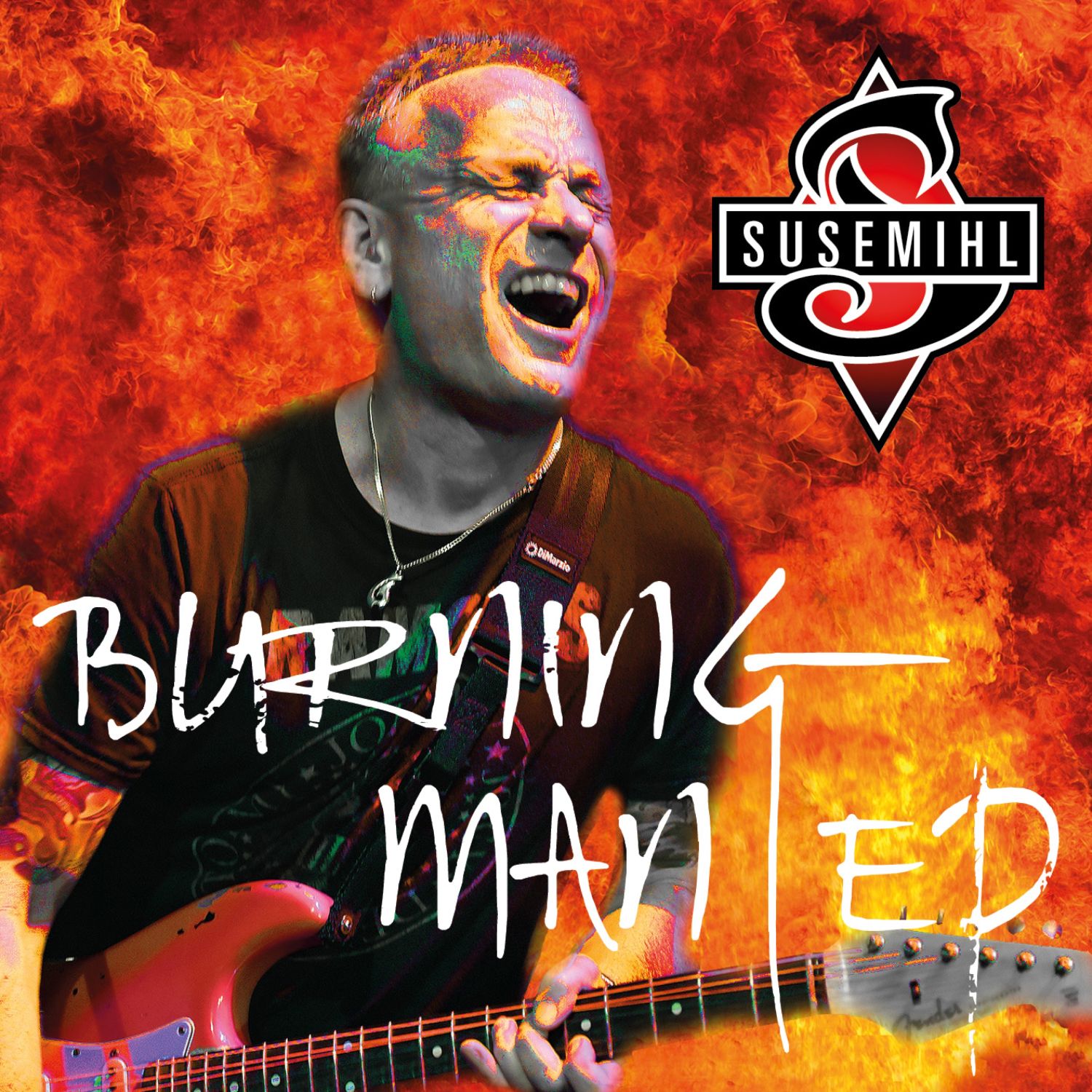 Guitarist/singer/composer/producer Andy Susemihl has been around for years in the German and international rock scene. He was in Sinner before joining U.D.O. and many adventures and projects followed. Susemihl even recorded material in his native German language and released several of his own records (his latest in 2018 under the title ‘Elevation’ with Dennis Ward participating). Through the years he built up a tight friendship with David Reece working with him on several occasions and he recently joined up with David Reece again playing guitar, co-composing and producing his latest album ‘Cacophony Of Souls’. As not one band is able to promote their latest album on the road Andy decided to put his attention to another solo-album, or in this case an EP with seven songs on which he got help from former Accept bass player Peter Baltes and his usual partners in crime (drummer Andre Labelle and bass man Andy Kemmer). The seven tracks on ‘Burning Man’ are a combination of several styles. The bulk is dominated by melodic heavy rock with very nice singing by Susemihl himself. Especially on the subtle version of the 1965 Curtis Mayfield song ,,People Get Ready’’ (covered later by a certain Rod Stewart) Susemihl surprises me with his emotional voice and ditto sound while album closer ,,The Beauty And The Mihl’’ is a soulful instrumental with a finger licking solo. But at his best of course is Andy when his heavy rock roots come forward. The record is not as heavy as what he did with David Reece on ‘Cacophony Of Souls’ but all in all this is an EP with diverse rock songs, some great guitar work and a very accessible sound and character! Andy Susemihl is a musician that can operate in any genre he wants to be active in, lucky for us his heart beats for rock music in general and ‘Burning Man’ is the latest example of that.