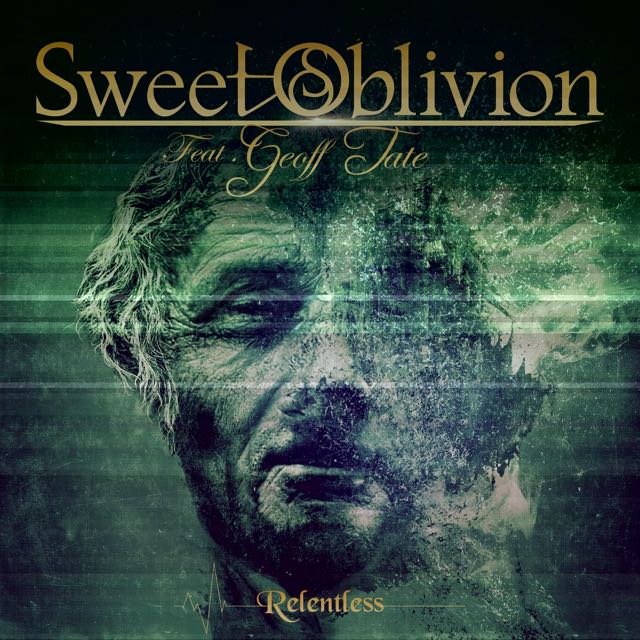 I have always loved and admired the voice of Geoff Tate, not only in his Queensrÿche days, but also later when he became the lead singer of Operation Mindcrime and let’s not forget his great solo albums: ‘Geoff Tate’ (2002) and ‘Kings And Thieves’ (2012).

Now, Sweet Oblivion, the Italian prog metal project centred around Tate release their second album called ‘Relentless’, and needless to say that if you liked their debut, then you will love their new album without a shadow of a doubt. ‘Relentless’ is produced by Aldo Lonobile, who you might know from his work with bands like Secret Sphere or Timo Tolkki’s Avalon. Lonobile also plays guitar on the album, assisted by Luigi Andreone (bass guitar), Antonio Agate (keys) and Michele Sanna on drums. But it is of course the awesome voice of Tate that you will buy this album for, as he was also more involved in the song writing. ,,Strong Pressure”, being the first single of the album, sets the tone for this great record as it is a ballad-like prog melodic metal song with awesome vocals, a rather catchy chorus and a sparkling guitar solo. ,,Another Change” is a more up-tempo track featuring crystal clear singing from Geoff and again a very melodic guitar solo. A special track on this album is called ,,Aria”, as this one is sung in Italian and it also features guitar parts from Walter Cianciusi and Dario Parente, who are now in the line-up of the Operation Mindcrime live band; indeed an awesome and excellent track. Fans of Queensrÿche, fans of Tate’s solo albums, fans of Operation Mindcrime and fans of Sweet Oblivion will not want to miss this album; I love it and it has been doing overtime in my CD player!!! The only thing I do not like about ‘Relentless’ is that it only lasts for 43 minutes, way too short!!! Play it loud and Geoff RULES !!!