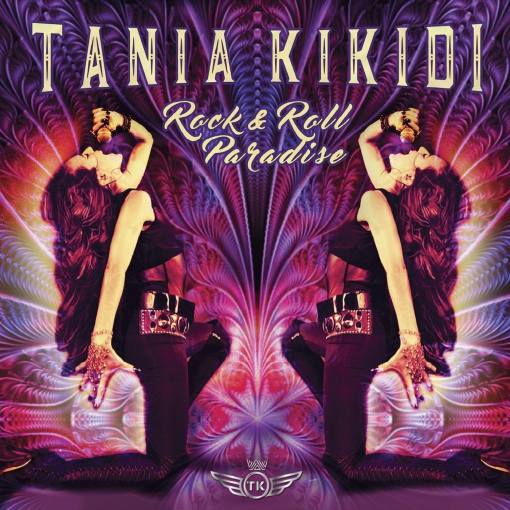 What Alessandro Del Vecchio is to Frontiers Records Stavros Papadopoulos is for USA-label Grooveyard Records. Stavros has some four band/projects on the go for the label (amongst them Super Vintage and King Mountain). He also produces solo-material and produces and writes for other artists that are connected to Grooveyard.

The Greek maestro and multi-instrumentalist’s latest project involves female Greek singer Tania Kikidi. Stavros provided the songs, the sound and production. But not only that. He also delivered a shitload of guitar riffs and solos to make Tania’s record ‘Rock & Roll Paradise’ a real joy to hear. As Tania as a singer brings it across as well with a very decent range, enough melody and some serious power in her pipes. She is not only a stunning woman to see but first and foremost a singer that can sing different genres as well. Just listen to how she handles the ballad ,,The Last Goodbye’’.

Luckily on `Rock & Roll Paradise’ Tania sings pure hard and heavy rock and does that with conviction. On several songs, like ,,Walkin’ On Badlands’’, she reminds me of a certain Sass Jordan. But in general on this record her style is a lot heavier orientated.

Thanks to the crunchy and overwhelming classic guitar sound by Stavros and a couple of other Greek guitar slingers invited to lent their talents to this album, ‘Rock & Roll Paradise’ matches up with its title.