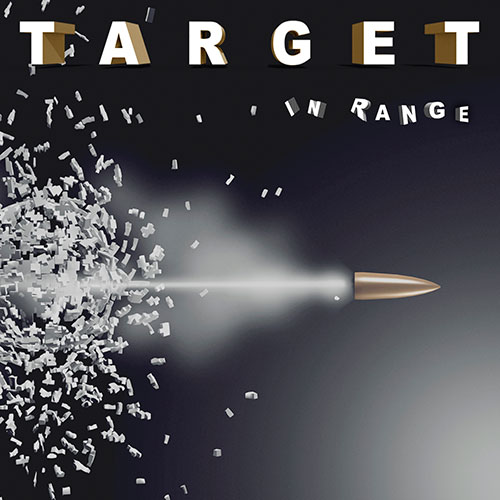 November 1, 2017 by Michel van de Moosdijk - More about our team

Before the late great vocalist Jimi Jamison became a household name in rock music by singing with Survivor and Cobra plus his solo efforts which included the soundtrack for the popular TV Series ‘Baywatch’, he was plodding along in a band called Target with whom he recorded two albums in 1976 and 1977 (‘Target’ and ‘Captured’). Both albums were very reasonable indeed with a mix between bluesy hard rock and heavy rock and got later officially re-released on CD by Rock Candy Records including some bonus material. In 1979 the band recorded a third album but they broke up before that album was released, which meant that that third record ended up somewhere on a shelf. Jamison, in order to survive, was doing commercials before Cobra and later Survivor came along. Escape Music has managed to get hold of that third record called ‘In Range’ and releasing it means that the Target area comes to a close for good. Obviously recorded back in 1979, produced and recorded by the band members themselves, it shall not be a big surprise that the ten tracks on this CD sound a tiny bit outdated. Yet, the class of Jamison even then could not be denied as he is clearly the star of the show. For true fans of Jimi Jamison this CD is of course a welcome addition to their collection and as I am a true fan of this singer I have enjoyed it thoroughly not minding the ‘old fashioned’ sound and production. Still as bassist Tommy Cathey says in the liner notes that this CD is by far the better of the three recorded I can only say that the general level of the songs is indeed better and higher, so Cathey is not talking out of his ass. I doubt whether a big audience will be keen on this one, but the Jimi Jamison fans will be happy as his talent yet again shines on ‘In Range’.