TED NUGENT-The Music Made Me Do It 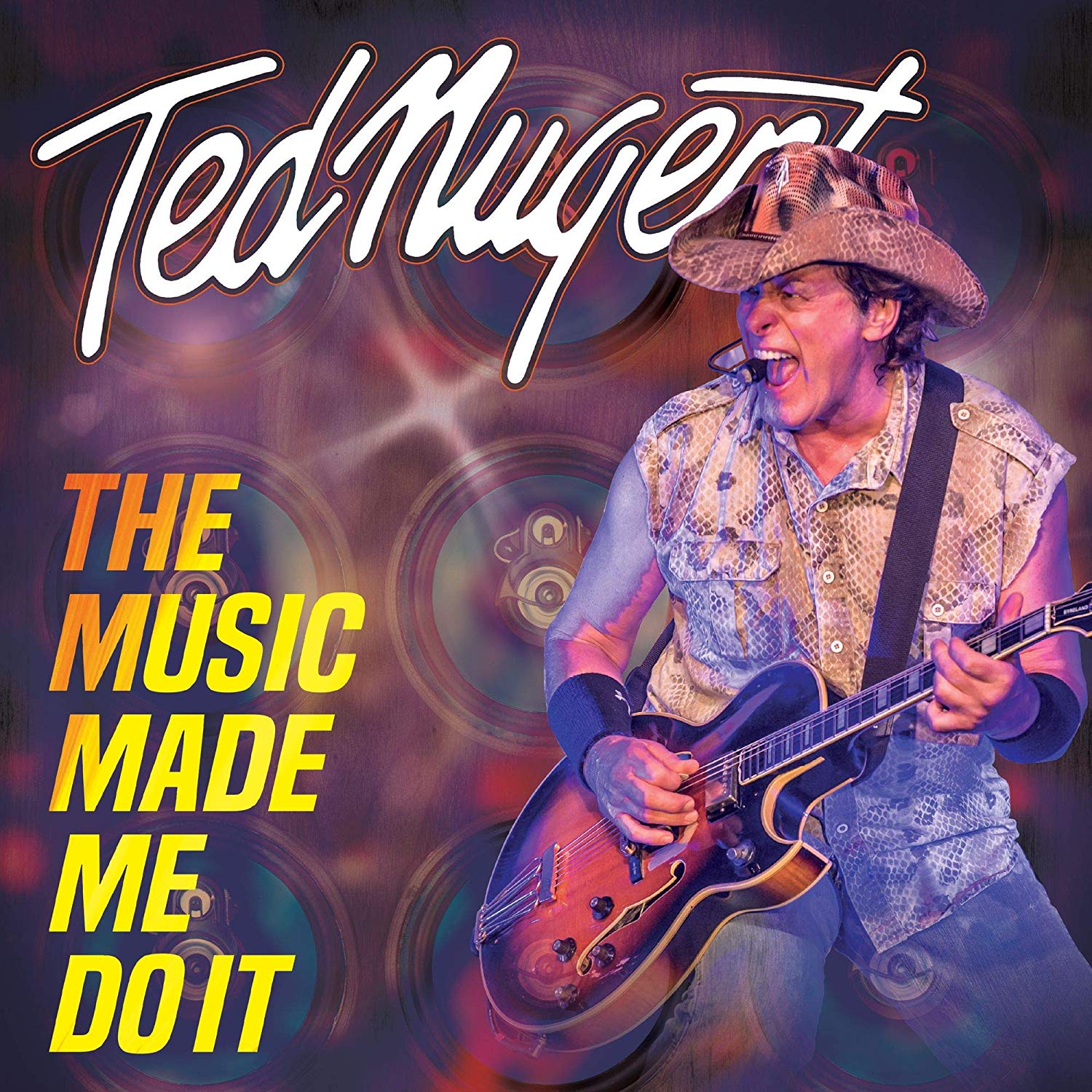 TED NUGENT-The Music Made Me Do It

Uncle Ted is still around, still as wild as ever and always shooting from the hip. The man has been in the news several times because of his political views and being high up in the National Rifle Association, in a time in which America is dealing with multiple shootings at shopping malls, concerts, cinemas and schools. But each person is entitled to its opinion, and so is Ted Nugent. For me first of all he is an all-time hero that has been around for a decade of five and all that time he stood tall for good rock and roll, splashing guitar work and exciting gigs. Ted is an entertainer. Maybe his best years are behind him now but on his latest outing ‘The Music Made Me Do It’ Ted makes everybody aware that the fire still burns deep and hard. His songs are not very complicated, he howls and growls a bit but his musical intentions are always genuine and his guitar work still finger licking good. On this record he brings us a familiar mix of rock and roll, some boogie, some blues and a whole lot of attitude and firepower. Just the way we like him. And Ted knows exactly what his audience wants to hear from him so songs like ,,Cocked, Locked & Ready To Rock’’, ,,Backstrap Fever’’, ,,I Just Wanna Go Huntin’’ (his absolute passion in life) and a great acoustic version of ,,Fred Bear’’ might not add much originality to the party but it sure is entertaining. There is also in the form of ,,Sunrize’’ a song that is played in two versions. First by the complete band (Ted, bassist Greg Smith and drummer Jason Hartless), then by Ted on the Fender Bass VI which gives the song a very different flavour. As a bonus this CD contains a DVD with a live show featuring 18 songs from the enormous catalogue Ted has built up through the years including of course ,,Stranglehold’’, ,,Great White Buffalo’’, ,,Free For All’’, ,,Wang Dang Sweet Poontang’’, ,,Gonzo’’ but also the ultimate rockers ,,Need You Bad’’ and ,,Paralyzed’’. Value for money from Uncle Ted!