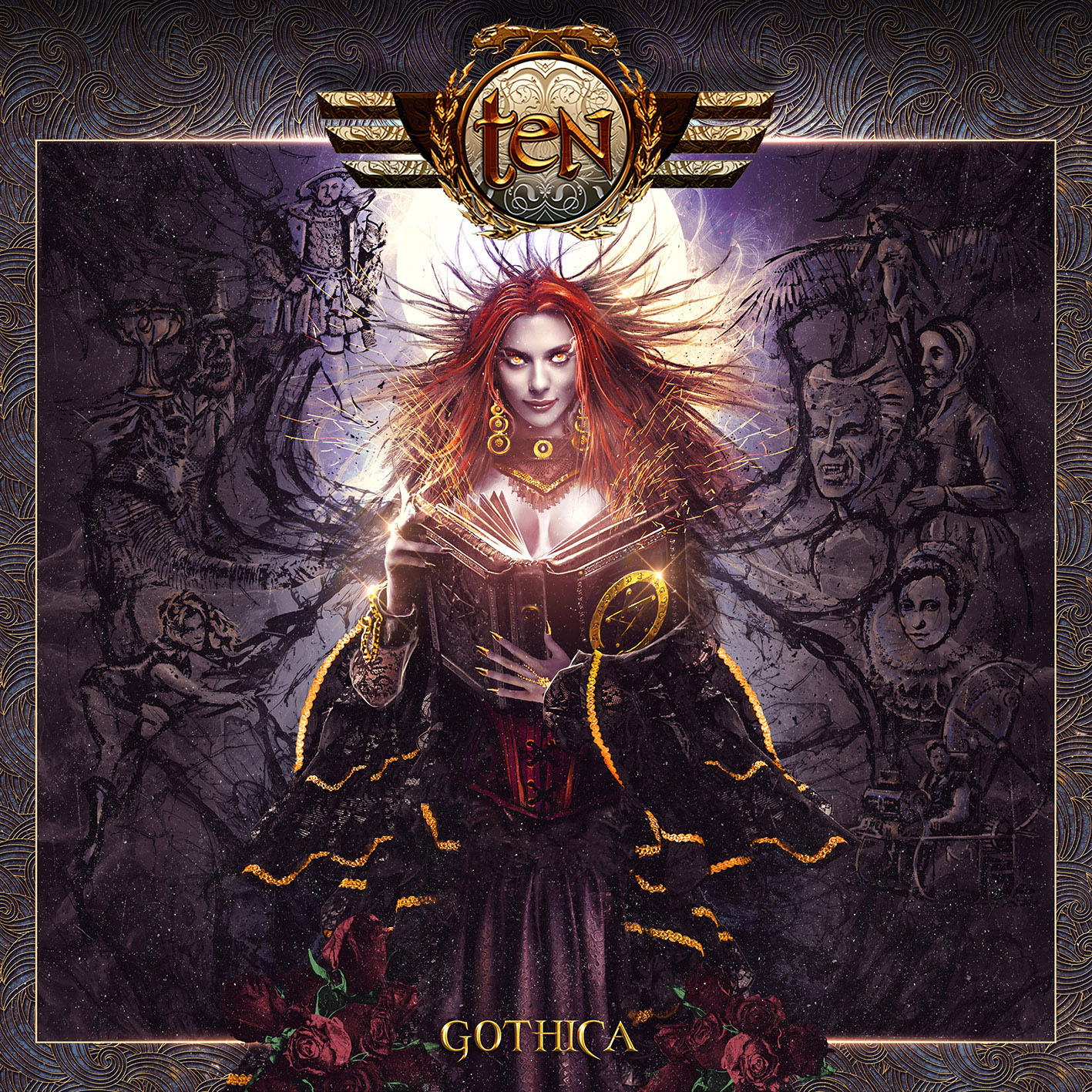 Singer/composer/producer Gary Hughes has been the driving force behind Ten for more than 20 years now and has been responsible for a whole bunch of good melodic hard rock CD’s including some rock opera’s. ‘Gothica’ marks the return of Ten on the Frontiers label as well. If you are known with the past of this Manchester based formation I suppose ‘Gothica’ does not hold any real surprises for you. In the lyrical concept the album still contains historic and romantic words and topics, but this time they have a darker approach. The musical concept has stayed intact although the first track ,,The Grail’’ is a ‘majestic’ type of song that reminds me a lot of the old Magnum. Through the years the line-up of Ten has changed several times, with Hughes and maybe guitarist John Halliwell being the steady factors, although I believe that Halliwell does not perform on stage anymore. On these recordings there are three guitarist active, so there is plenty of guitars provided throughout the CD that as has been mixed and mastered by Dennis Ward (Pink Cream 69),  a sound magician that has been involved with other Ten albums as well. As always Gary Hughes brings home the bacon with Ten. His warm voice is after all these years in fine shape and his songs are always full of variety. ,,Travellers’’ is a very melodic rocker for instance with a beautiful chorus and great guitar solo. It is not that ‘Gothica’ rocks me off my chair as Ten basically continues were they left off with the CD’s ‘Albion’ or ‘Isla De Muerta’, but is in all aspects a pleasant CD to hear. Ten is a guarantee for a certain amount of quality and Gary Hughes is not a man that comes up with unexpected changes in style and performance in a hurry. Yes, ‘Gothica’ might be of the familiar epic kind, but at the end of the day this band has never ever disappointed their fans. Same old same old perhaps, but in this case there is nothing wrong with that as there is plenty of fine musicianship to enjoy.