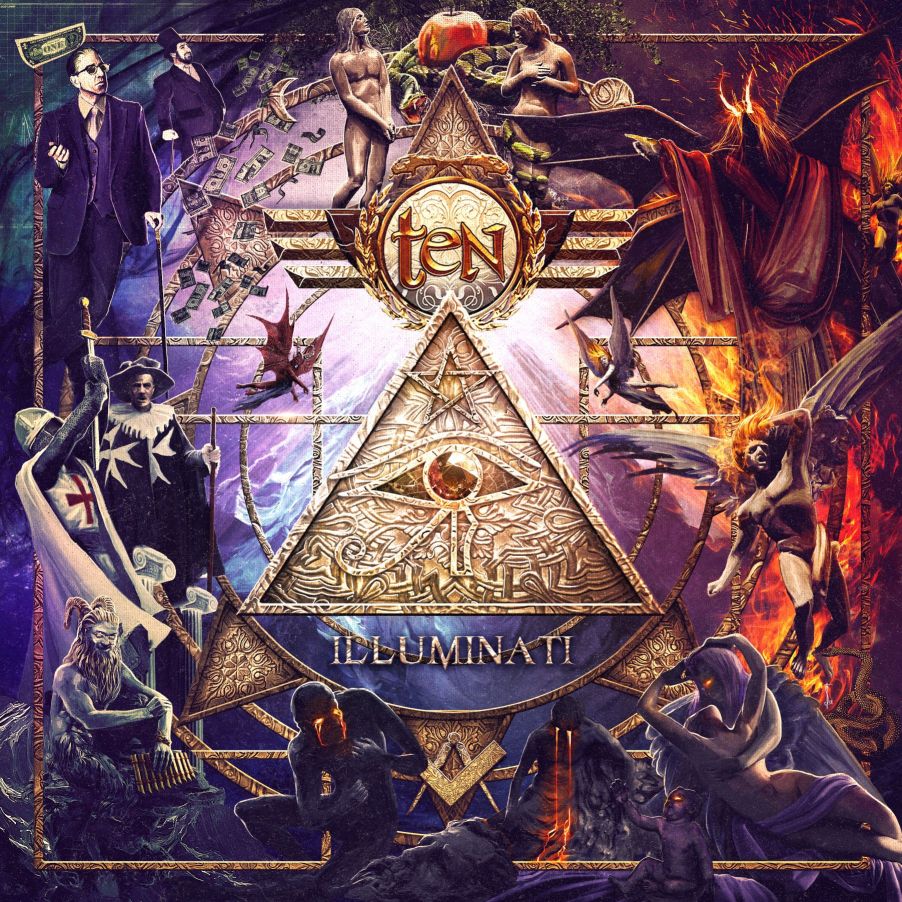 Ten, the UK group around charismatic vocalist Gary Hughes has quite quickly made a new CD. Hardly a year after the release of ‘Gothica’ it is time to present ‘Illuminati’. For the last years and four albums Ten has been a tight group of the same musicians with Hughes as main songwriter and producer and Dennis Ward as the man who takes care of the mix and mastering of the CD. It just means that Ten these days is a team and that fact enables them to work fast. The style on ‘Illuminati’ has not changed at all. Ten has specialised in epic songs that are based on fantasy stories and esoteric tales packed in a tapestry of colourful keys, strong riffs and some outstanding guitar solos of which there are plenty on ‘Illuminati’. And all this is being finished off with Gary Hughes’ warm and characteristic voice. It is a style that fits Ten like a glove as is being illustrated on the long epic opener ,,Be As You Are Forever’’, a track that stands for pure quality. The only thing that you might accuse the band of maybe is that this CD does not offer any new avenues. The style is set and the danger is that in time Ten might start to repeat themselves. This is not yet the case on this CD that for a fan of Gary Hughes and Ten has all the ingredients they are looking for. There is enough to enjoy and this album certainly does not disappoint. Hopefully though the band and Gary Hughes himself do realise that if they want to continue their 22 year and counting career any further some slight musical variation might be needed. But like I said ‘Illuminati’ still has enough to satisfy the general rocker while fans of this band will just lap this up.