THE ALLMAN BETTS BAND-Bless Your Heart 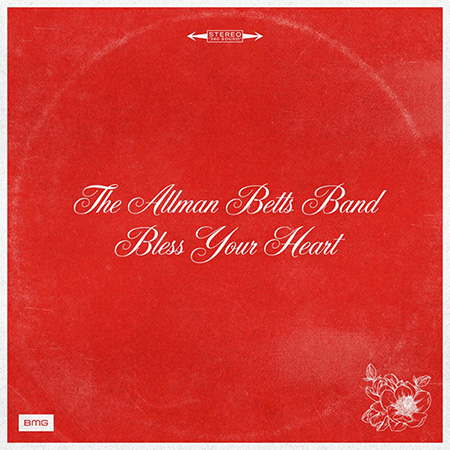 THE ALLMAN BETTS BAND-Bless Your Heart

It sure is not easy to step into the footsteps your fathers once printed firmly in the southern rock scene. The Allman Brothers Band were iconic and for Devon Allman (son of Gregg Allman), Duane Betts (son on Dickey Betts) and Berry Duane Oakley (son of Berry Oakley) to start a band a couple of years ago was a brave move, knowing their music would always be compared with the band of their respective fathers but the trio stuck to their guns.

Their first CD was released in 2019 and was not bad at all. ‘Bless Your Heart’ sees a continuation of the southern and slightly country sound of that first one. The band added in the person of John Ginty (keyboards) a seventh member for a bit more depth and variation in their sound and that move has worked out pretty good. Still, it would be too easy to say that we are dealing with a reincarnation of The Allman Brothers Band that would not be fair toward the old warriors nor would it be fair towards the new kids on the block. Although new kids, all musicians in The Allman Betts Band have been around for some time and are basically seasoned ‘veterans’. Yet again working with producer Matt Ross-Spang this time Devon Allman and Duane Betts were more involved with the production and recording site. The music is varied and to be brutally honest a few songs less would have made ‘Bless Your Heart’ more enjoyable than the album is now.

Especially towards the end of the CD a few songs have more a ‘camp fire’ character and you have the feeling that the CD loses a bit of its momentum. Also the fact that Devon and Duane share lead vocals is not always a great thing. Devon has a brilliant voice with depth, emotion, warmth and a certain character (the apple has not fallen far from the tree here) but Duane Betts is a monotonous singer with a flat voice at times. Not that Betts does a terrible job but the difference between the two singers is quite evident. Listen to the first four songs (the first two sung by Devon, number three and four by Duane) and you will catch my drift. At times this band does honour the past. Especially the twelve minute instrumental ,,Savannah’s Dream’’ makes me think about the old band. All ingredients including some percussion, mood swings, slide guitar parts and the whole feel of the track brings back those good old days, yet sounding obviously more updated and modern.

There is also (just as on the first album) an important role for slide guitarist Johnny Stachela. Especially his input does make this group tick (listen to ,,Airboats & Cocaine’’), yet it must be said that the overall guitar parts here and there could have used a bit more bite. So at the end of the day ‘Bless Your Heart’ is somewhat of a mixed bag with some really good songs and some middle of the road tunes of which some toward the end of the CD could have been left out as far as I am concerned. I still have a lot of faith in this outfit though. There is still some development to do and maybe it would be a wise decision if Duane Betts cuts back his singing and let Devon Allman lead the wat in that department but I guess that is wishful thinking from my part. And Berry Duane Oakley as singer is not the solution either as he sings on ,,The Doctor’s Daughter’’, one of the songs that really does not cut the mustard.