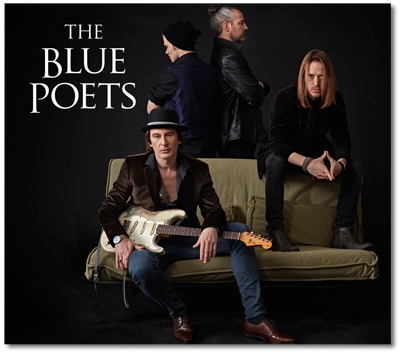 September 7, 2016 by Michel van de Moosdijk - More about our team

A brand new outfit has been put together by guitarist Marcus Deml, a distinguished musician who has been the leading force behind the formation Errorhead. On this record Deml more or less goes back to his musical roots and that is seventies blues rock with the necessary classical elements. Once he made up his mind about the direction he was going to take, he quickly found bass player Markus Setzer, drummer Felix Dehmel and the Australian singer Gordon Grey and after a fluent song writing process the band has come up with eleven tracks. The recording and production process only lasted six weeks. Well, it does sound very seventies indeed and not only because of a nice cover version of Cream’s ,,Sunshine Of Your Love’’. The biggest surprise for me is singer Gordon Grey. I never heard of him before but the man has a warm and versatile voice. Especially on the more ballad type of tracks like ,,Alien Angel’’ and ,,With Your Eyes’’ Grey shines brightly and he does remind me a bit like of the great late Jack Bruce. Deml himself is pretty awesome too. With Errorhead he produced more experimental rock, but on this album he demonstrates a different kind of style. Very bluesy, sometimes very laid back, most of the time with feel and some of the solos are outstanding. People that are into artists like David Gogo, Gary Hoey, Walter Trout or The Blindside Blues Band should at least check The Blue Poets out for their music sounds honest and coming straight from the heart.