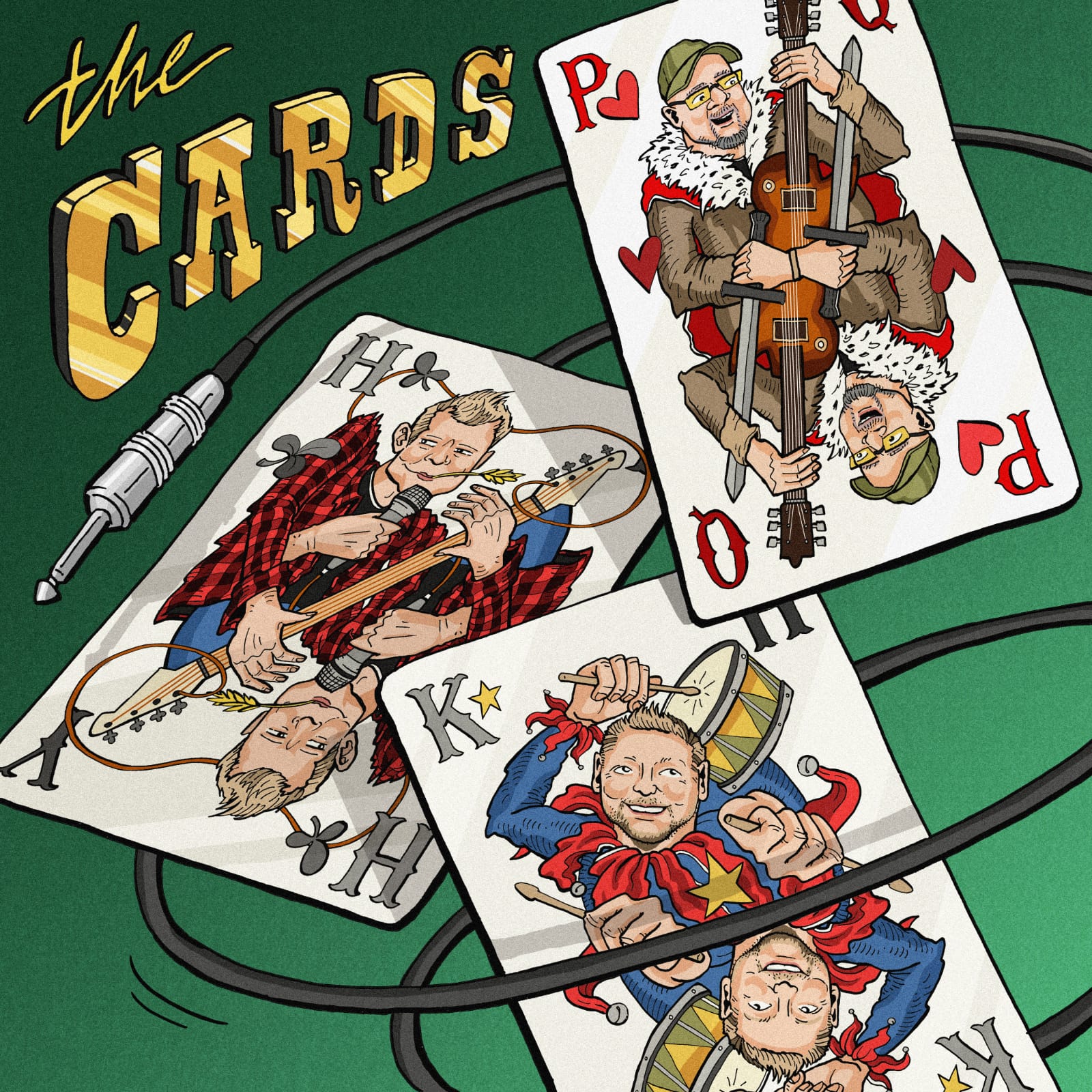 Guitarist Paul Quinn is next to singer Biff Byford the beating heart of Saxon. Paul has been at Biff’s side from day one. Now, for the first time in decades Paul is doing a band project on the side. Saxon will still be his main band of course but somewhere Paul always must have had a wish to explore a different option playing something ‘out of the box’. When he met American bassist/singer Harrison Young (who had spells with Doro and U.D.O.) at a music festival the idea came about to do something together. They recruited experienced Dutch drummer Koen Herfst (ex-Dew Scented) and formed The Cards. The music? Blues rock. What? A metal beast like Paul Quinn playing blues? Yes people and he has done it in style on the first CD of The Cards that contains eleven tracks. And it is a CD with variety as well, produced by Swedish music legend Dan Swanö. Because of the voice of Harrison Young, the way he sings and the colour of his voice more than once this CD of The Cards reminds me of British blues rocker Robin Trower in the period that James Dewar (RIP) was the bassist/singer. Dewar had his deep darkish voice and certain elements of that voice I recognize in the vocals of Harrison Young. Another reference point for this CD would be the last Ten Years After CD perhaps. This band has kept things simple, guided by Swanö who kept the production simple and effective as well. The sound is as pure as can be, there are no tricks or strange effects. The CD is a mix of blues rock with tempo and cahones (,,Agent Orange’’, ,,No Soul’’ and ,,Pittfalls’’), mid-tempo stuff (,,Sweet Lowdown Dirty Love’’ with a cool harmonica part by Paul Quinn) and a few excellent ballads. Especially ,,Rock And Roll Rocketship’’ and ,,For You’’ are just beautiful with great guitar parts from Quinn and that excellent voice from Harrison Young leading the way, giving both tracks a somewhat dreamy character. The CD combines subtle moments with more robust stuff, the songs are mostly short and to the point, only the two mentioned ballads clock above the four minutes. I must say that I have been pleasantly surprised by The Cards especially by Paul Quinn for his versatility. If you like blues rock The Cards is for sure a band to check out, By the way, the cover made by Sophia den Breems is great. Very colourful indeed and in a certain way funny as well.