THE DEAD DAISIES-Burn It Down 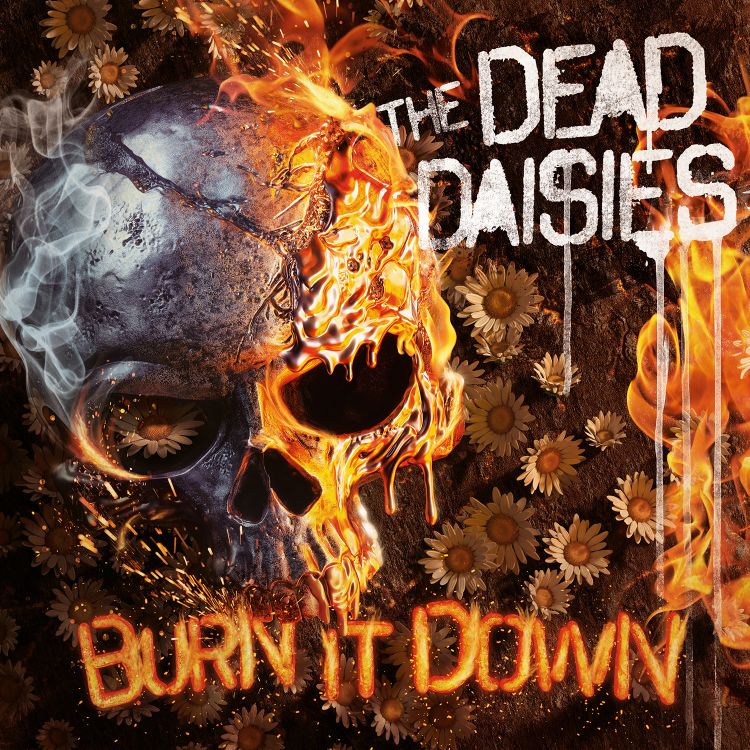 THE DEAD DAISIES-Burn It Down

Ever since their 2016 album ‘Make Some Noise’ this group has gone from strength to strength. There was a dynamic live release in 2017 in the form of ‘Live & Louder’ that perfectly captured the high energy levels of their relentless rock and roll and heavy rock music. The Dead Daisies toured their asses of as well. When the band was planning to record their next CD drummer Brian Tichy called it a day. His replacement former Journey and current Revolution Saints drummer Deen Castronovo, a bloke who with his outgoing character should fit nicely with this outfit. The hiring of Castronovo probably was an idea of guitarist Doug Aldrich who knows Castronovo well from their group Revolution Saints. For Castronovo being used to playing AOR with Journey and Revolution Saints being with The Dead Daisies must have been a bit of a return to his younger days when he played high energy metal with Wild Dogs. The Dead Daisies have that same energy level although they do not play heavy metal. In comparison with ‘Make Some Noise’ it seems to me that the group has focussed even more than ever on writing good songs. The title track for instance and ,,Judgement Day’’ sound a bit different, the group adding a bit of ‘country flavour’ to their heavy sound without distancing themselves from what we know and love from and about The Dead Daisies. It is just a little musical twist, some extra ingredients thrown into the mix and that has worked out pretty good as far as I am concerned. There are as usual enough kick ass rockers to be heard with John Corabi’s voice and Aldrich’s guitar leading the way on the songs ,,What Goes Around’’, ,,Bitch’’ or ,,Resurrected’’. But ‘Burn It Down’ shows without a shadow of a doubt that this group is still developing, is trying to find some new musical avenues to add to the sound without making their fans look up and wonder what the hell is happening. In all aspects ‘Burn It Down’ sounds like a natural progression in the career of The Dead Daisies and it will further cement the position these lads have built up during the years as an honest and hardworking no nonsense modern rock and roll band. Again warmly recommended!