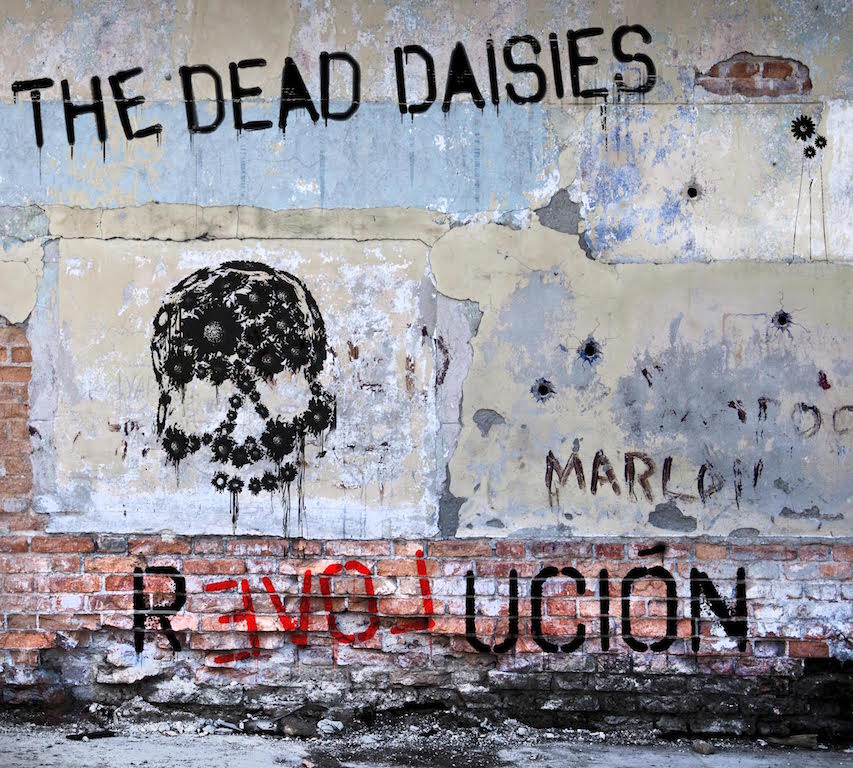 The members of this colourful outfit are no strangers to fame. Formed by Australian singer Jon Stevens (Noiseworks, InXs) and guitarist David Lowy (Mink, plus a successful businessman in his home country) in 2012 the line-up has been changing over and over again. Currently it’s singer John Corabi (Mötley Crüe, Union), bass player Marco Mendoza (Thin Lizzy, Whitesnake), guitarists Richard Fortus (still in Guns N’ Roses) and David Lowy, keyboard player Dizzy Reed (GN’R) and drummer Brian Tichy (Billy Idol, Ozzy Osbourne) who are calling the shots but that can easily change. The Dead Daisies recently released ‘Revolución’ which is a treat for the fans of catchy, blues orientated hardrock with brilliant guitar riffs and solos and soulful vocals. The opening track is a great road song called ,,Mexico’’ which immediately creates the atmosphere for the album. ,,Evil’’, could have been a Black Country Communion song and ,,Get Up, Get Ready’’, is super funky. There’s some Beatles influences in ,,Sleep’’ but ,,Devil Out Time’’ on the other hand has a touch of MC5. There is also the Jimmy Barnes song ,,Empty Heart’’ and a cool version of The Sensational Alex Harvey Band ,,Midnight Moses’’. Although The Dead Daisies seem to be more a musical collective than a regular band with ‘Revolución’ and their continuous touring they already left their mark in the old school bluesy hardrock scene.