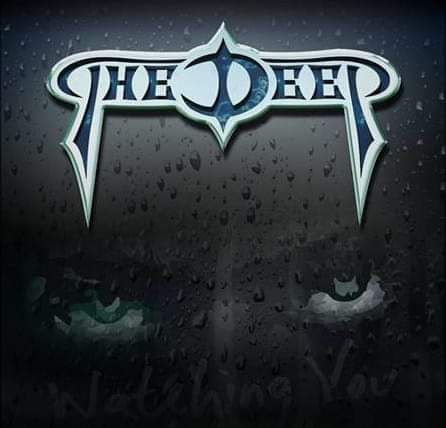 Due to several reasons this new EP from the British band The Deep is coming to you later as planned. But it is definitely worth the wait. The history of The Deep begins with Deep Machine, a NWOBHM band from the early ‘80’s. After their 2014 release ‘Rise Of The Machine’, I saw them live at the Keep It True festival in Germany after which they split up. Out of the ashes rises The Deep with their first full-length ‘Premonition’ in 2015, and yes, lucky me, I saw them live at the Very ‘Eavy festival in the Netherlands. Now we have this new chapter in the history of The Deep called ‘Watching You’, four new tracks and 4 live songs from the ‘Premonition’ album recorded live at the British Steel Festival in Fisme, France in 2016. What immediately strikes me is that the four live tracks ,,Premonition“, ,,The Rider“, ,,All I Want“ and ,,Night-Stalker“ sound more powerful than on the album. More good news is that this line has been carried forward onto the four new tracks. These songs immediately sound a lot more aggressive and this might also come due to the subjects where these tracks are about. ,,Prepare To Rock“ was written as a tribute to those who lost their lives in the Bataclan attacks. ,,Dead Man Walking“ is about taking control of your destiny, turning your life around and making changes for the better. ,,Watching You“ examines the paranoia over invasion of privacy and excessive surveillance/intrusion into our lives by the media and government and ,,Taking Over“ is a tongue-in-cheek look at the madness of world-politics and how we all seem to be ‘watching lunatics taking over the asylum’. So subjects that are very up-to-date. All in all this self-released EP from The Deep is an interesting album for the NWOBHM enthusiasts like myself, but you guessed that by now! You can order the album directly from the band, here. Have fun with it and go check them out when they are coming to a venue near you!