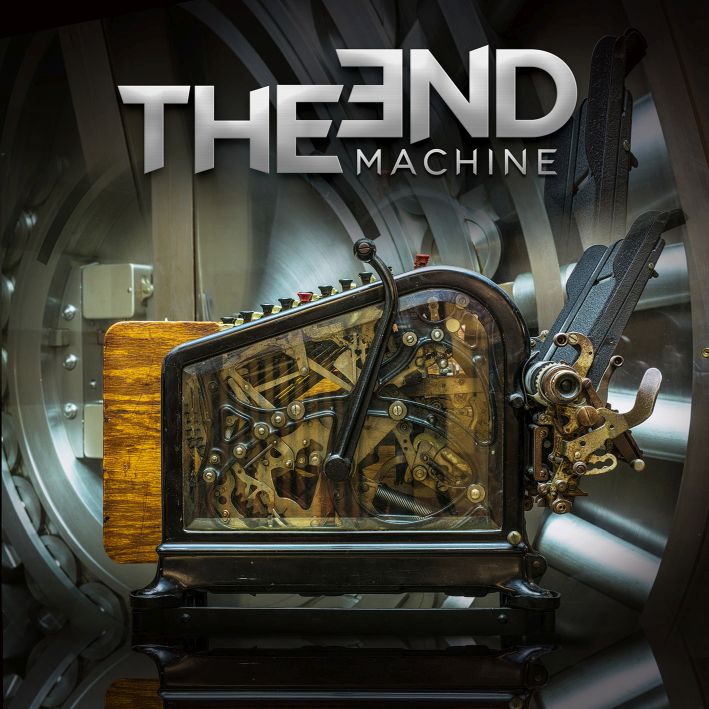 Bassist/producer Jeff Pilson, guitarist George Lynch and drummer Mick Brown form the core of The End Machine. This experienced trio worked together for years in Dokken and also worked together in the project T&N. Lynch and Pilson have been writing music together for 35 years and counting. George Lynch has been very active the last couple of years, working together with Stryper main man Michael Sweet, the formation KXM (with Doug Pinnick) and keeping his own group Lynch Mob alive and recording. Pilson has been a member of Foreigner for years now and does production jobs on the side. Still the veterans found the time and the inspiration to set up The End Machine involving singer Robert Mason who is currently with Warrant but also has a past with Lynch Mob. Although Pilson in a statement admits that there are elements of Dokken and Lynch Mob present in The End Machine he wants to make clear that this band is not a copycat, but one that is trying to establish their own identity. Obviously the musicians know that fans and press will compare them to Dokken and Lynch Mob and when you listen to the 11 songs on ‘The End Machine’ your thoughts automatically go that way as the band does sound like Dokken meets Lynch Mob. George Lynch has a certain style and Brown and Pilson have this certain specific sound built up through the years that constantly shines through. A few years ago the three musicians reunited with Don Dokken for a live CD/DVD recorded in Japan and it became painfully clear that Don Dokken himself did not cut the mustard anymore on stage. It most probably have convinced Brown, Lynch and Pilson that a further continuation with Don Dokken could be no longer on the cards and that they needed a fresh approach in the form of Robert Mason who fits in nicely on the robust yet melodic heavy rock that The End Machine has put together. So what about new elements in the sound? I have not heard anything striking or new. ‘The End Machine’ is a solid sounding and hard rocking CD with musicians involved who clearly know what they are doing. But towards the end (especially the last two songs) the quality of the compositions drops a level. At the end of the day The End Machine can be seen an adequate surrogate of a band that was of major influence in the eighties but unfortunately the level of those days is not completely matched here. Still The End Machine is in my opinion better than what the current Dokken line-up has presented us with the last years but I had expected no less looking at the experience and expertise of Jeff Pilson, Robert Mason, George Lynch and Mick Brown.