THE FLOWER KINGS-Waiting For Miracles 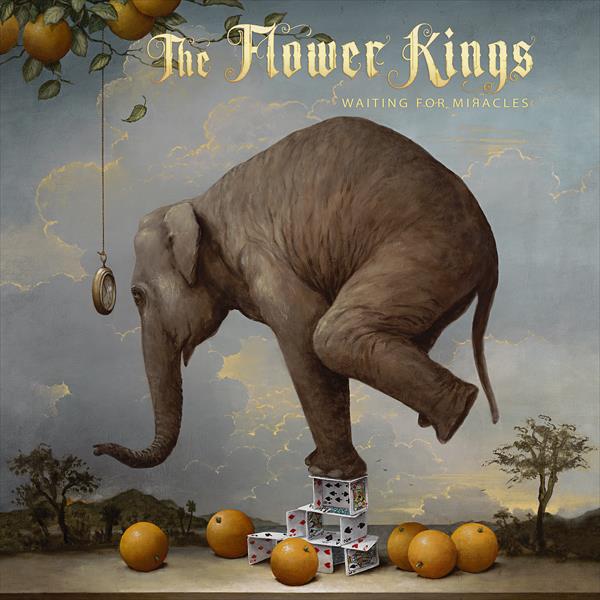 THE FLOWER KINGS-Waiting For Miracles

It has been a bit of a strange period for The Flower Kings. The main man and band leader Roine Stolt seemed to have lost interest a bit in the band but a while ago he toured again under the name The Flower Kings Revisited concentrating on the earlier stuff. He did that with a different line-up. From the old crew singer Hasse Froberg and bass player Jonas Reingold were invited but new were drummer Mirrko De Maio and keyboardist Zach Kamins. Long time member Tomas Bodin (keyboards) was not invited after being in the group for a few decades which surprised a lot of fans (and Bodin himself!). After that tour obviously new inspiration and energy was found and work on the new album started. It is a double CD. The first one has ten songs, the second only five totalling about 86 minutes of music. Having heard many albums of this band in the past it seems to me that the fans will be pleased with ‘Waiting For Miracles’ (great cover design by the way). It is not that new avenues have been discovered or that the band is taking big risks that is not so much the case. But because of the dazzling keys of Kamins the sound of the band has found renewed freshness. The ingredients have not changed very much. The guitar parts are at times quite heavy and the music is a superb mix of progressive rock, symphonic rock, a touch of heavy rock and even a bit of blues, served with or a lot of subtleness at times or quite robust and with bombast at other moments. Obviously the CD contains a few ten minute songs (,,Vertigo’’ and ,,Miracles For America’’) were the band goes all out but all in all it must be said that the ten songs on the first CD are all (without fail) of a certain quality and strength. The second CD comes across to me as a sort of bonus. Only ,,We Were Always Here’’ is a fully worked out song, the rest is okay but does not have the same quality. So without turning things upside down in a musical way Roine Stolt and company have delivered a very solid new double album that will confirm the bands status as one of the best in the progressive rock business.