THE GATHERING-TG25 Live At Doornroosje 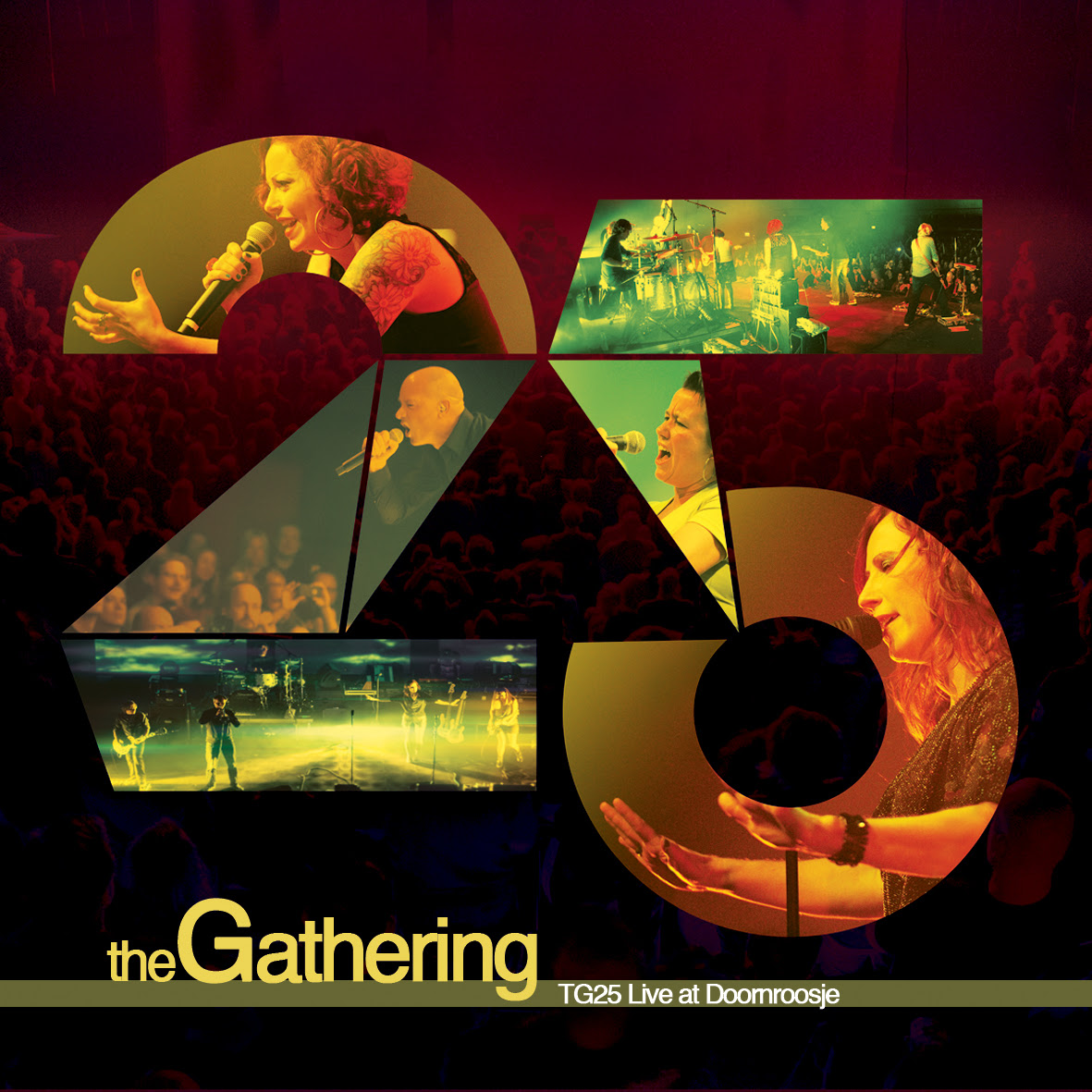 THE GATHERING-TG25 Live At Doornroosje

To celebrate their 25th birthday Dutch rock band The Gathering played two shows in one day in their hometown, on November 9th, 2014. Fans from all over the world gathered in ‘Doornroosje’ in Nijmegen to be part of this special birthday party. Almost all members (old and new) took part and gave it their best during the 2,5 hour journey through the rich catalogue of one of the best and influential Dutch bands of their time. From the debut album ‘Always’ (1992) to the latest ‘Afterwords’(2013) this was a true trip through memory lane by a band that always has been ahead of their time. In their career The Gathering was never afraid to take chances, clean female vocals combined with grunts on the debut album ‘Always…’, clean female and male vocals on the second one, ‘Almost A Dance’, followed by their real breakthrough, with Anneke van Giersbergen on vocals and albums like ‘Mandylion’, ‘Nighttime Birds’ and ‘How To Measure A Planet?’ and the continuation in 2008 with Norwegian singer Silje Wergeland. They toured the world, had chart success but kept innovating themselves much to the annoyance of their former record company. Anyway, this night in November it was their party and they played it all, sung by the original singers, played by the original players with the occasional addition of a horn player and a few more surprises. Noticeable was the musicianship they already had at the time of ‘Always…’, when they were still teenagers and their great songwriting skills. Great versions of ,,The Mirror Waters’’ and ,,King For A Day’’ with Bart Smits and Marike Groot on vocals, and of course songs of their price albums ‘Mandylion’ and ‘Nighttime Birds’, sung by Anneke van Giersbergen as they were meant to be played: with two guitarists. ,,Strange Machines’’, and ,,Travel’’ sounded great but in fact it is unfair to pick separate songs because they were all fantastic and the way they were performed that night was magical. I was there and must admit I had goosebumps at several occasions. This double cd is a true document of a memorable evening by a band that made waves, was responsible for a successful era in Dutch rock history and had many successors. This album cannot be missed in any collection.

This is a fan filmed clip because no dvd was recorded