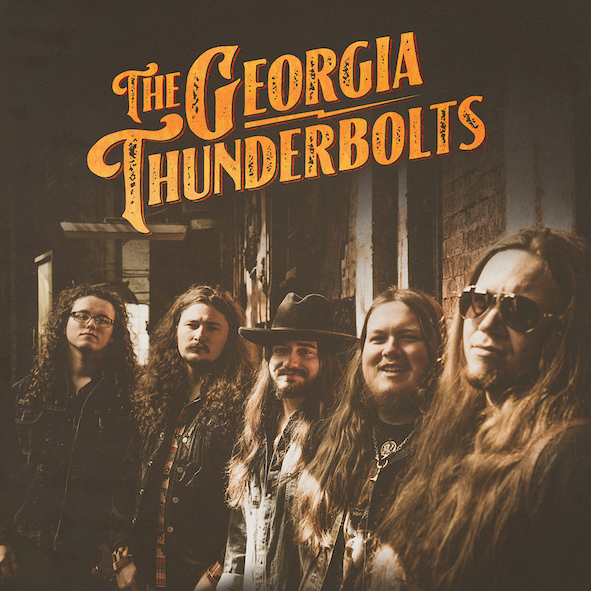 The latest signing of Dutch quality label Mascot hails from Rome in the USA state of Georgia. The five piece outfit consisting of singer JJ Lyle, drummer Bristol Perry, bassist/keyboardist Zach Everett and the guitar handling duo Logan Tolbert and Riley Couzzourt starts out with a five track self-titled EP where the spirit of Lynyrd Skynyrd shines through. The motto of the group is to be hard working, determined and to stay humble and I would like to add to that the words energetic and dynamic. Because that is what these guys sound like on this bluesy/southern rock record that might not be super original perhaps but it sounds oh so familiar and tasty. JJ Lyle has listened very well to the late great Ronnie Van Zant and Johnny Van Zant as his approach is without a shadow of a doubt inspired by the famous brothers. Nothing wrong with that but in future he might need to work on creating his own identity so that he helps the group to stand out a little more than they do now. The talent is there, that becomes obvious when you hear a seven minute plus track like ,,Set Me Free’’, ,,Spirit Of A Workin’ Man’’ or ,,Lend A Hand’’, songs that have southern rock and blues ingredients galore with lots of tasty guitar bits. Produced by Richard Young this five track EP sounds promising and if The Georgia Thunderbolts become as good and famous as The Georgia Satellites once were, there is a whole lot of good stuff to look forward to. The Georgia Thunderbolts are a very welcome new name to a genre that has not seen a lot of new talent breakthrough in the last decades. This band could be the exception to the rule.