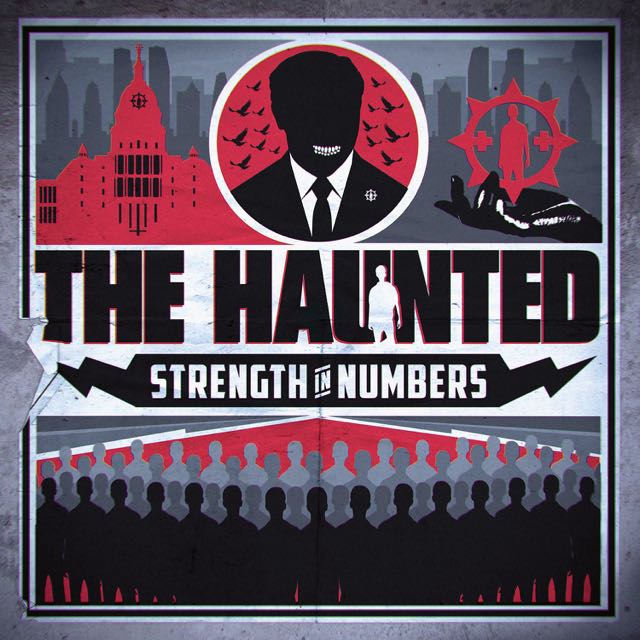 The Swedish extreme metal band The Haunted doesn’t have an easy history to tell. They became extremely famous in the year 2000 with their masterpiece album `Made Me Do It’, seeing a bright future ahead but with lots of difficulties holding a stable line up together. Singer Peter Dolving left twice within the career of the band and The Haunted itself had several moments where they could have called it a day for good.
Somehow, these guys keep coming back and back even stronger. But their current album `Strength In Numbers’ proofs that their heartbeat is still ticking. Ten grenades of songs will break your neck. Question will be, how long until the next breakdown and exit of band members? We all hope for a stable and bright future for The Haunted, as Murphy’s Law can’t keep coming back and Karma might turn its attention to anyone else.