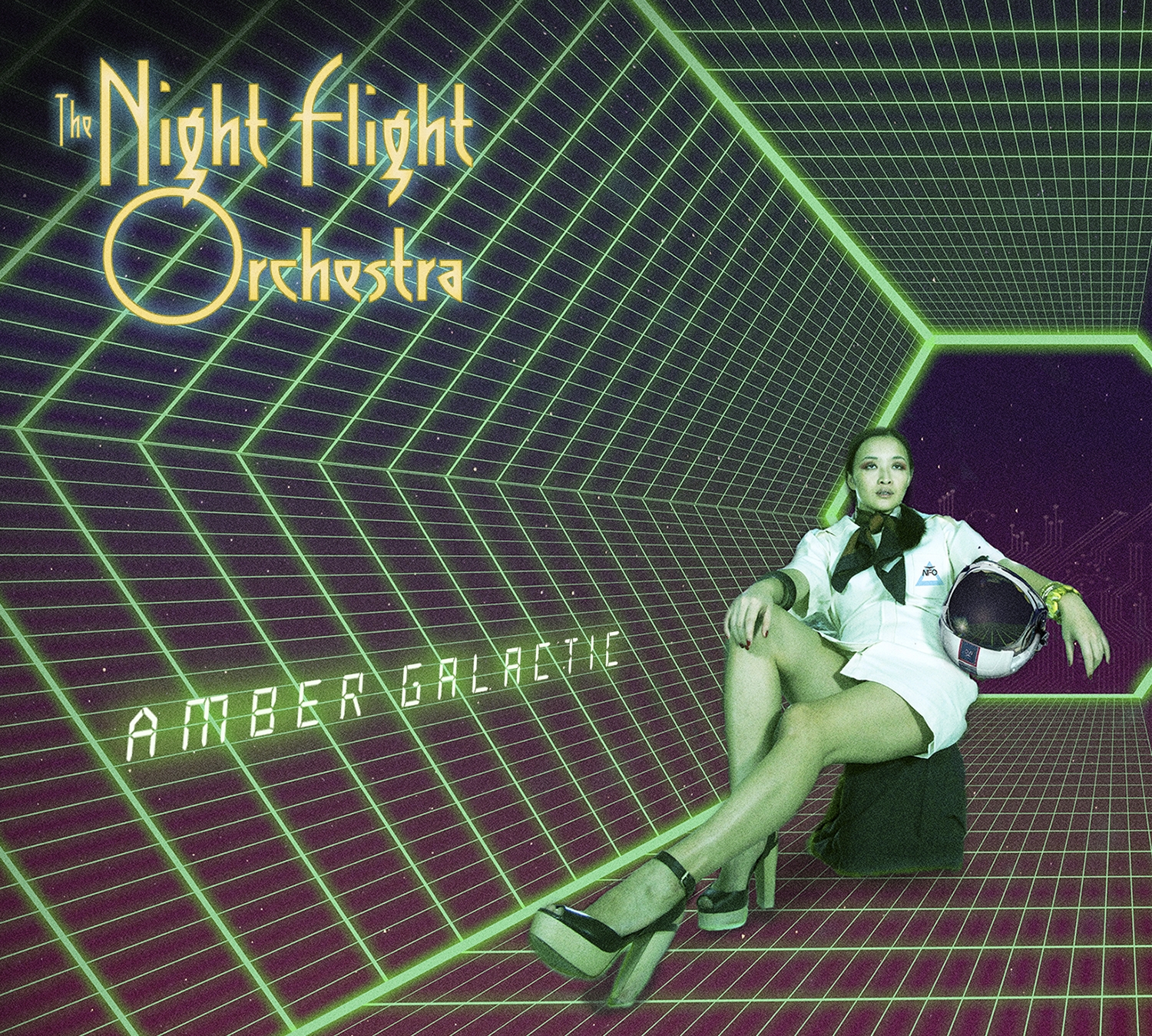 Soilwork and Arch Enemy are bands that are well known in the metal and rock scene, they have been around for years. It is not very likely that musicians that earn their daily bread with these bands get together to do something completely different, a musical adventure that has nothing in common with those bands. Singer Bjorn Strid and guitarist David Andersson (both Soilwork) got together with bassist Sharlee D’Angelo (Arch Enemy) to form The Night Flight Orchestra some five years ago and this is already their third release, but the first one for their new label Nuclear Blast. Completing this outfit are keyboardist Richard Larsson, guitarist Sebastian Forslund and drummer Jonas Kallsback. ‘Amber Galactic’ is a very pleasant record, filled with fresh sounding melodic rock and songs that have a few poppy elements as well. You can describe a track like ,,Domino’’ with a little bit of fantasy as radio friendly perhaps and there are more songs that are light hearted and even a bit psychedelic as well. But don’t be fooled The Night Flight Orchestra is a rock band with plenty of heavy guitars, flashy and tasty keys and a singer that shows elements in his voice that I never heard on his Soilwork  records. Check out excellent tunes like ,,Domino’’, ,,Gemini’’ and a surprising cover version of ,,Just Another Night’’ and I think that a fan of melodic rock will discover that The Night Flight Orchestra has quite a lot to offer on ‘Amber Galactic’. I suppose that for the musicians involved this band is a way to explore and express some different influences that are difficult to fit into their main bands and the way they have done that on this record is tasteful and even a bit uncanny.