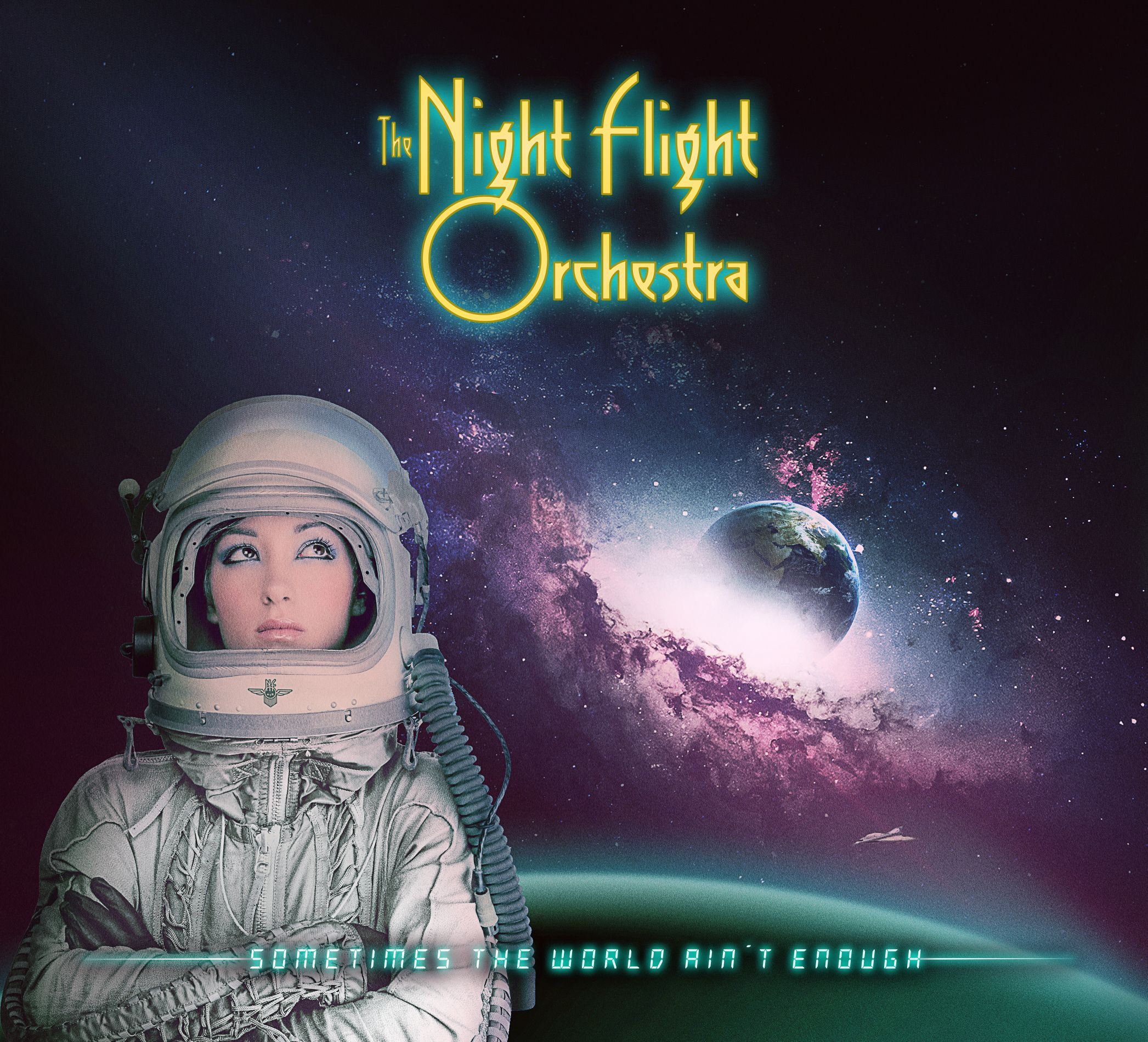 Just over a year ago The Night Flight Orchestra from Sweden consisting of members of Soilwork and Arch Enemy amongst others, released their excellent rock CD ‘Amber Galactic’ and soon after finishing that record the group around singer Bjorn Strid regrouped in the studio to already record the follow up CD ‘The World Ain’t Enough’. Obviously there was plenty of inspiration and song ideas floating around. As this magazine already mentioned in the review for ‘Amber Galactic’ for the musicians involved in this band; The Night Flight Orchestra gives them the opportunity to bring to light other musical outings and influences. No heavy metal but up tempo rock with crafty guitars and very flashy keys plus big vocals captured in a clean production that does pack a punch. On this CD things are no different. The CD is filled with light hearted rock songs with tons of melody and even radio friendly stuff can be heard. For instance ,,Turn To Miami’’ (is that Jan Hammer who constructed the Miami Vice soundtrack playing the keys?) and ,,Paralyzed’’ are two great rock songs with a modest ‘dance/disco’ beat making sure that The Night Flight Orchestra just sounds fresh and accessible. Just as on ‘Amber Galactic’ the band has made sure that there is a strong balance in the songs and performance, making sure that the music is heavy and up tempo enough to win the rockers over but at the same time people that like more rock with slick pop influences will enjoy this as well. It is all in all quite a daring musical combination between heavy rock, AOR, pop rock and a sniff of progressive rock that makes ‘Sometimes The World Ain’t Enough’ just as ‘Amber Galactic’ a piece of music that sounds good all day, every day. For people with an open mind another CD to cherish. One of the coolest bands around at the moment, one that has the guts to take rock into a different direction!