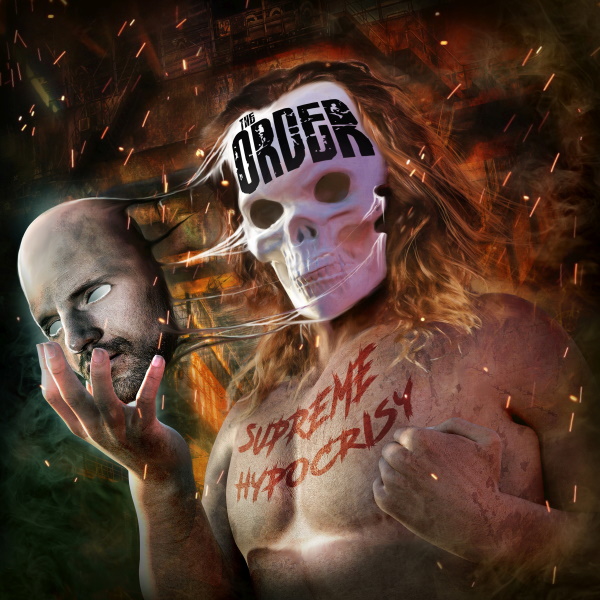 Swiss outfit The Order bring their sixth album to the table and to be very honest this is my first encounter with them. As far as I can tell they are still operating in the same line-up that started out some fifteen years ago but the members have been involved in several other groups and projects. Spinning the ten songs on ‘Supreme Hypocrisy’ has certainly been no punishment, far from actually. These guys might not sound too original (it sounds in the style of Gotthard, Shakra, Krokus, The Treatment) at certain moments but especially guitarist Bruno Spring certainly knows how to play a cool and crunchy metal riff without forgetting about melody while singer Gianni Pontillo sounds rough and ready most of the time, sometimes overestimating his capacities (the title track), but mostly sounding very acceptable. Like stated the material and approach of the band is not very original at all but the uncomplicated sound and the quite heavy production by V.O. Pulver in cooperation with The Order does make this record most of the time a very enjoyable release. The strongest songs are halfway through the record when tempo and heaviness reach a boiling point (,,No Messiah’’ and ,,August In Miami’’) and it is there where the strong points of The Order really show up. There is also a sensitive piano ballad in the form of ,,Sometimes’’ but somehow that track does not really sound what this band is about. I guess by being around for all this time The Order must have built up some credibility in their own environment and surrounding European countries so this album should see them strolling along nicely in metal land as it is most of the time as solid as a rock!