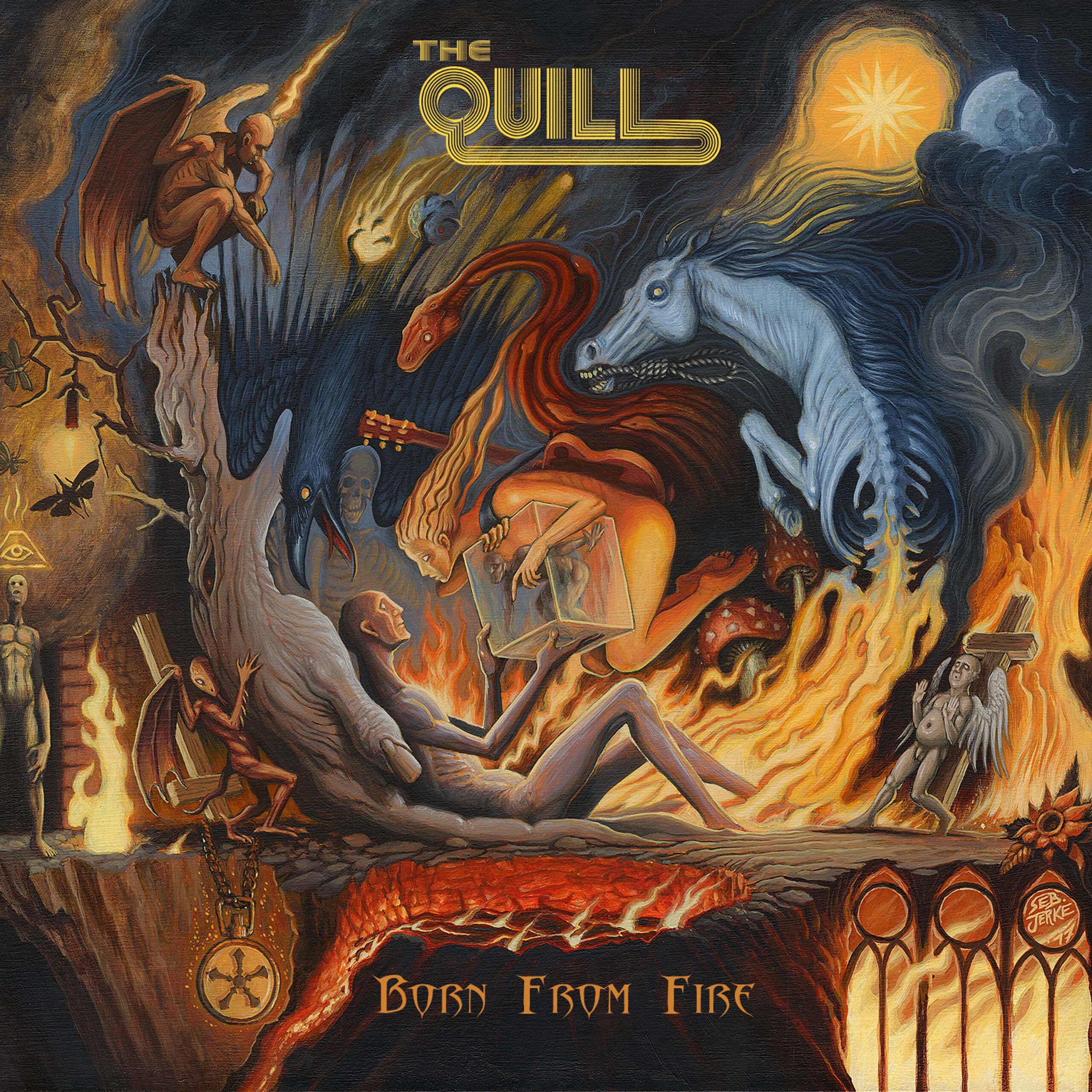 Like a phoenix rising from the ashes, The Quill is reborn from fire. Not only did the band (finally) resurrect, they also reignited the spark from the past and have their slow moving groove machine spit into action once again. With Magnus Ekwall (Ayreon) grabbing the mic and taking lead in the sonic bombardment fired upon us by drummer Jolle Atlagic (Hanoi Rocks, Electric Boys, Firebird), guitarist Christian Carlsson and bass player Roger Nilsson (Spiritual Beggars, Firebird), The Quill revives their stoner boosted metal.

Instantly warping us back into the comfort of the band’s recognizable sound is ,,Stonebeliever’’ firing on all cylinders and as if the band knows, the lyrical and musical content is clearly reflecting through the song titles. ,,Keep It Together’’ and ,,The Spirit and the Spark’’ might not be intended as such, they do add up to the band’s return to form and come across as musical statements reflecting their intentions. Musically the music is 70’s pumped power rock with metallic outlines and a disgruntled psychedelic smokescreen casted in front of them. The magic of the band’s ,,Silver Haze’’ and ,,Voodoo Caravan’’ is present and injected with heartfelt roars and power combustions. Distorted guitars, whammy solos and loud roaring drums and guitars pulling it forward in dense atmosphere. Layers of smoke cover the rehearsal room and a lavalamp is focal point in the haze. The band hides behind their silver reflective shades blowing smoke to empower the prejudice of men towards the genre. It’s the image that takes hold of my head as the album thunders onwards with sheer power. “No frills, just full throttle real Quill rock” as Magnus states in the press release. And it is just that and a whole lot more!

The entire album breathes flames and spits gravel as the band evolves into what they are and will be. Integrity for most and honesty above all, The Quill take their rock forward with pristine power. It’s clear the band revived their spark on the last Euro tour together with Monster Magnet and it leads to great moments such as the impressive ,,Ghosthorse’’ and the psychedelic and hook laden ,,Electrical Sons’’.  ,,Unchain Yourself’’ roars fierce fully where the riff driven melodic ,,Revelation’’ and even so rip-roaring ,,Skull & Bones’’ feature that distinguished taunting pace packing extreme and unpredictable power. Mesmerizing slow paced dirt rockers like the melodic and nesting ,,Set Free Black Crow’’ and the hypnotically brilliant earlier mentioned ,,Keep It Together” are truly magnificent. Power is packed in down tuned hymn ,,Snake Charmer Woman’’ kicking around insane rock ‘n roll. It all is just waiting to combust without the devastation effects of shrapnel spreading death and destruction rather than the grenade hitting you directly. Severe power, impeccable drive! Not only does the band revive their elusive past and the genre’s power packed energy, The Quill manages to revive stoner rock with a dose of nitro glycerine injected directly to the heart of the genre.