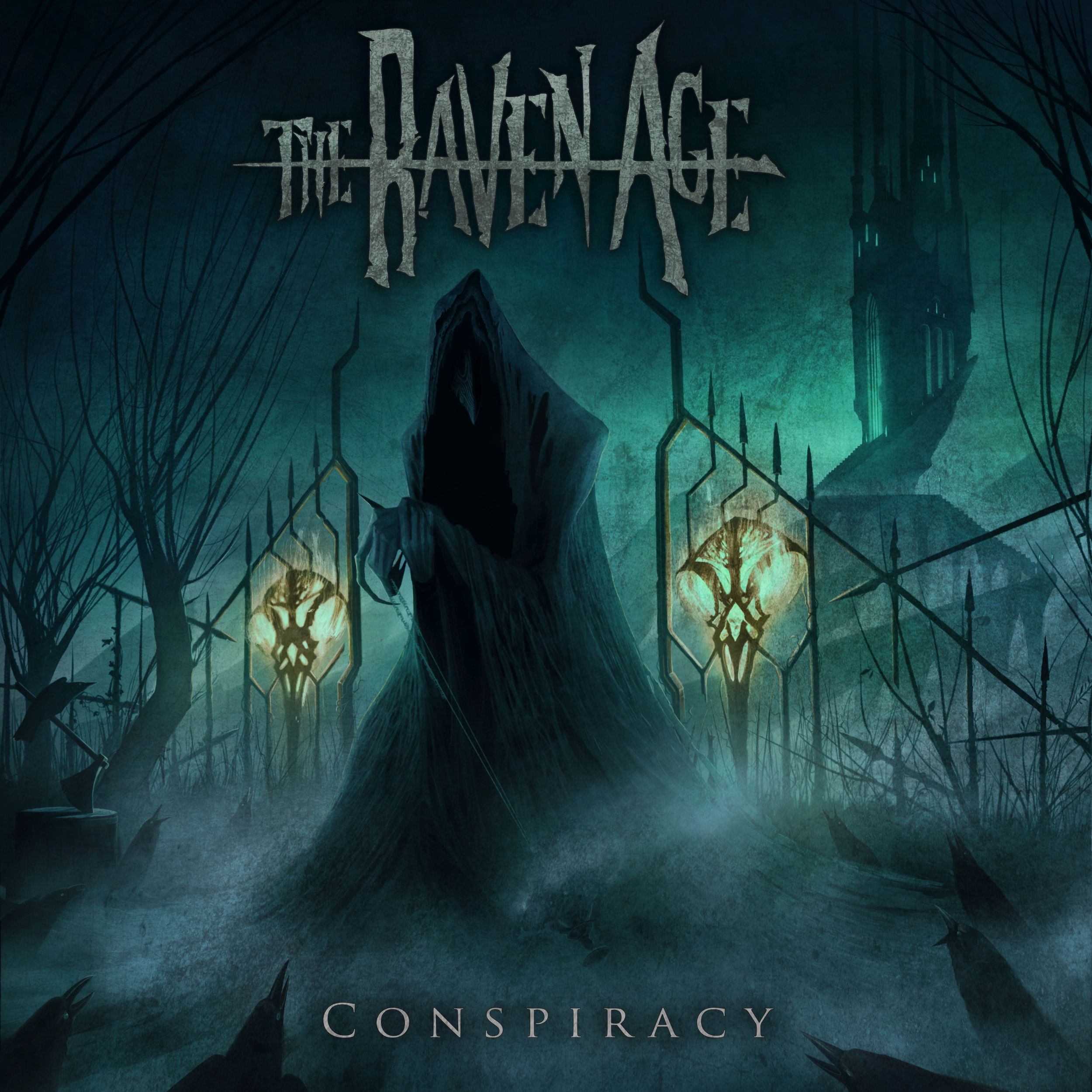 If you carry a glorious name like The Raven Age, expectations are always very high. After the excellent debut called ‘Darkness Will Rise’ the British heavy metal “newcomers” now release their very important follow up album ‘Conspiracy’. A couple of things have changed as former singer Michael Burrough has been replaced by Matt James (aka MJ) and furthermore The Raven Age switched guitar pickers, Dan Wright left and Tony Maue joined in 2017. Without further ado I can tell you right away that ‘Conspiracy’ is a fabulous album, a true and even better melodic metal album than its predecessor. New vocalist MJ adds an extra dimension to the songs and with Tony Maue in the band the sound of the Raven Age is fuller and heavier. The album kicks off with the instrumental ,,Bloom Of The Poison Seed”, an orchestral, melodic track which really reminds me of the intro of ‘Darkness Will Rise’. Just when you almost spiritually have arrived in a fantasy world The Raven Age hit you in the face/kick you in the teeth with the heavy wake-up call song ,,Betrayal Of The Mind”. ,,Fleur De Lis”. is the first single of this album and again this one rocks like hell, meaning: heavy riffs/hooks, pounding drums, thrilling bass and excellent vocals. In fact all the twelve songs on ‘Conspiracy’ are a treat to all heavy metal ears; featuring excellent melodies, lots of diversity, great guitar passages and solos, anthem-like metal choruses and majestic vocals. Personally I am really addicted to the amazing tracks ,,Seventh Heaven” (so The Raven Age…), ,,The Face That Launched A Thousand Ships” (melodic power ballad), ,,Tomb Of The Unknown Soldier” (hello Iron Maiden…) and ,,Grave Of The Fireflies”, the longest and most diverse song of the entire album. ‘Conspiracy’ is the second part to the Raven Age’s story and you can find clues in everything, meaning from the artwork (beautiful) to the lyrics, which point to what may later come to pass. ‘Conspiracy’ is a great album, a must for melodic metal fans and a musical milestone of the year 2019. I cannot wait to hear the songs from this awesome album in the flesh. So, see you all in Den Bosch, NL (W2) on 10 April.