THE SIGN-Signs Of Life/The Second Coming 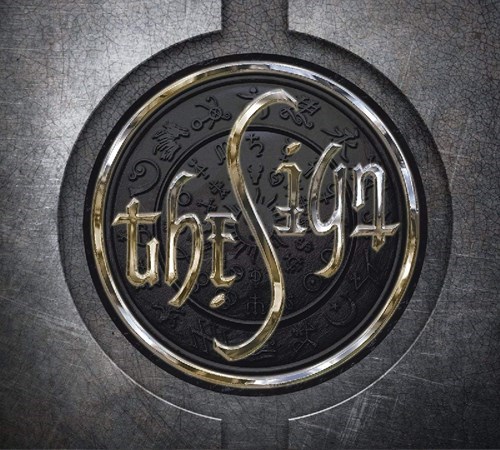 THE SIGN-Signs Of Life/The Second Coming

Grossly overlooked by the masses, both albums from all star band The Sign featured not only a ton of sublime musical marksmanship, it also featured powerful melodic rock tracks with progressive elements moulded around an intriguing storyline. Debuting with the more melodically driven `Signs of Life’ the band evolved their compelling storyline about Aryon into the more progressively told `The Second Coming’, both released on Frontiers Records over a decade ago. This box set is strictly limited to 1.000 copies only and is fully mastered by Jacob Hansen CD1, and CD2 re-mastered by Mats Lindfors.

But it is all about the music on these babies. The Sign being founded by Mark Mangold [Drive, She Said, Touch, American Tears] and his long time friend Randy Jackson of Zebra, brought a cast to the helm with names such as Bobby Rondinelli [Rainbow, Black Sabbath, Blue Oyster Cult], Terry Brock [Strangeways], Billy Greer [Kansas, Seventh Key, Streets], Al Pitrelli [Savatage, TSO] and John Bivona [TSO], as well as Danny Vaughn of Tyketto fame. The all-star cast puts on quite a show with the debut album consisting of only melodic rock gems. From the opening staccato ,,I’m Alive”, with it’s Zebra-esque Jackson pitches, all the way to the impressive title track, the album evolves in sheer melodic mayhem. Heavy Jackson riffs in the roaring ,,Stranded”, exquisitely melodic and more harmonic on the amazing ,,Crossed the Line”. It is all there!
The band touches with pop on the heart warming ,,All your Life” and towers to perfection on the amazing and jaw dropping powerful rock ballad ,,Forever Again”. All songs combust with an energetic power and are inflated by captivating musical interaction. The vocal duties spread between Jackson, Brock and Greer simply add up to the pleasure as all touch with one another on different levels. Greer and Brock sound contribute one another perfectly with Jackson adding his Plant-like pitches for more pristine power. It is near flawless and ,,Signs of Life” is one of the better records from the early 2000’s.

With `The Second Coming’ the story of Aryon switched into a darker mood and the melodic aspect faded to the background slightly to make place for a more daring and energizing progressive musical palette. Darker and more taunting is its atmosphere, more aggressive and forceful is it’s thriving. Less prominent on the debut album, the progressive hooks and tempo changes are adding up to the dramatized and rock opera-esque overall approach, aligning perfectly with the gloom casted over this album. It all delves into the tale of murder and deceit, the abuse, and eventually unloads into the escape and epiphany of Aryon. Nonetheless the trademark Mangold beauty is very pleasantly present, though dosed in smaller portions to serve the greater good of `The Second Coming’. Impeccable swirls of towering keyboards still pump it to the max, and the harmonies are simply wonderful. But it is the shadow casted over Aryon that makes this endeavour captivating on another level, and which makes this 2nd fire on all engines. Adding to this tense and present anxiety is the interaction with Tyketto’s Danny Vaughn who steps in on several occasions to create more contrast and diversity as personages on the album get a stronger voice. ,,Motorcycle Messiah”, ,,The Ooze” and ,,Black Mountain” maintain to have a spirit of their own but all add to the grandeur of the album. They’re much more driven and less plated with pomp, but still carries the trademark of the band’s debut. Trademarks, all very present in the wonderful and oozing ,,Keep on Breathing”. With less highlights than the debut, the second album does link to the greatness of the story as well as the musical perfection delivered by the all-star cast.
With the mix on the second album given more depth overall, this 2CD box set is an addition for collectors as well as adepts of the genre and all members of The Sign. The addition of some extra tracks, like ,,Maniac” which was previously only available on the band’s own release brought to their gig at Lokerse Feesten [song recorded as a tribute to the festival’s audience], or the bonus tracks ,,Love is Alive” and the radio edit for ,,Aryon”, make the album extra worthwhile.
Minor downside to the release is the fact that I still hear a big difference in mastering between disc one and disc two. Both discs connected through the storyline I would have preferred to hear both represented with likewise mastering and depth, same sound levels for instance. A minor mishap that can’t ruin the joy of experiencing the two magnificent albums in this box set. I’m glad The Sign and Escape Music agreed upon this reissue, and there’s still some points of improvement for a new edition…. Preferably with a third disc featured, to conclude the story of Aryon.