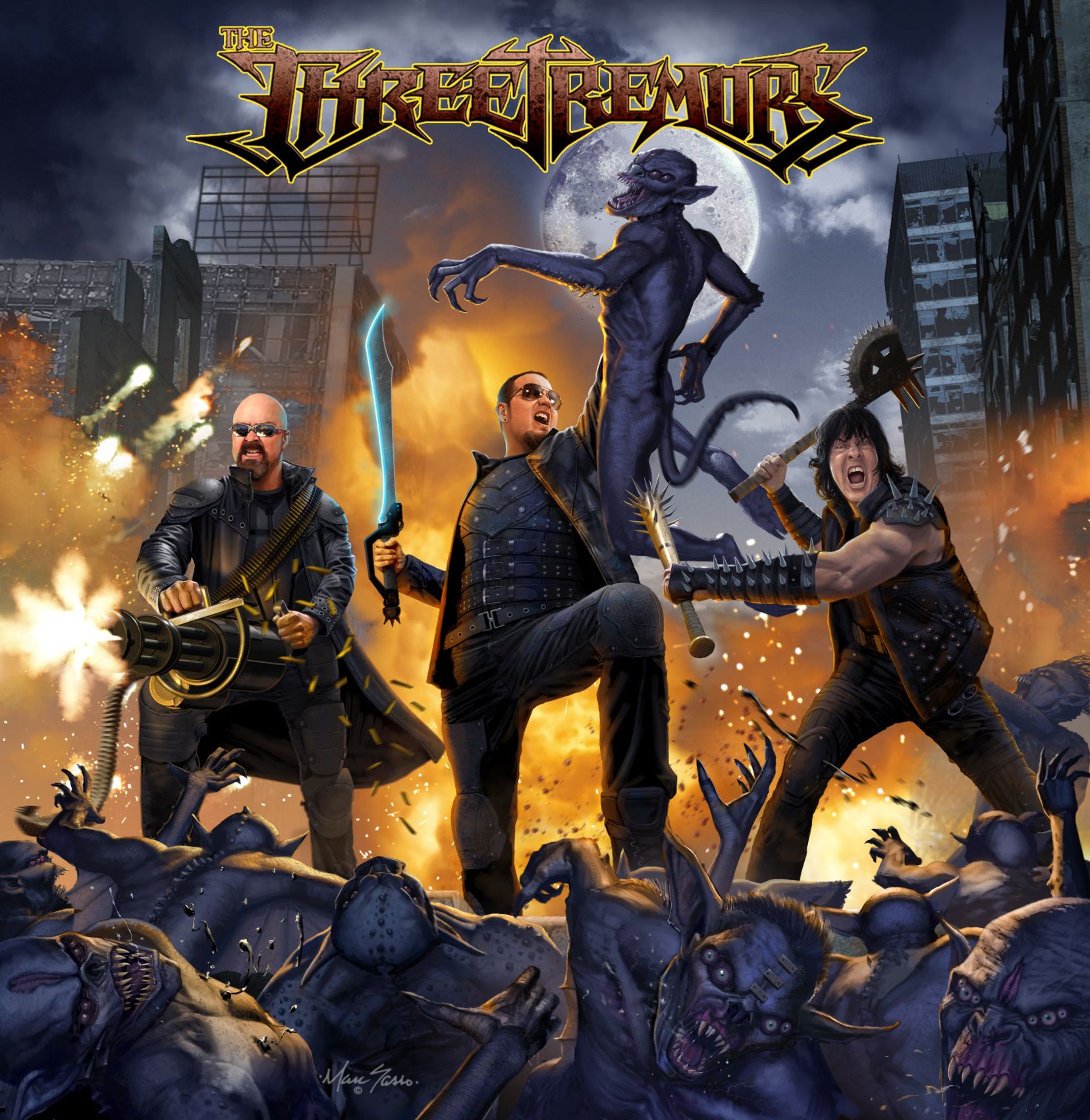 In the classical music world you may have heard of The Three Tenors, three classical opera singer combining their forces. In the metal business we now have The Three Tremors, a very fitting name when you hear what the singers Tim ‘Ripper Owens (ex-Judas Priest, ex-Iced Earth), Harry ‘The Tyrant’ Conklin (Jag Panzer/Titan Force) and Sean Peck (Cage/Death Dealer) have put together. It was Peck who came up with the idea to combine the power and force of three metal voices together. He discussed the idea with Owens several years ago but they never really acted on it until recently. Sean Peck approached Harry Conklin and together with the guitarists Dave Garcia and Casey Trask, bassist Alex Pickard and basher Sean Elg this project was put into action and when you hear the music and the vocals duels between the three singers things were put straight into overdrive with an extra turbo added. The twelve songs are pure heavy, thrash and speed metal combined, played in a furious tempo and with the singers really terrorising their own vocal chords. From the twelve songs the bulk are up-tempo and have a pounding force, screeching guitars and high octane thunderous rhythms. I think every fan of classic heavy speed metal with thrash elements will find this highly entertaining and right up their alley. I personally get the feeling that especially Sean Peck goes a bit overboard at times. I am surprised that he has not asked Rob Halford for this project but when you hear how high pitched the vocal performances are most of the time it raises the question if Rob would have coped. We are talking here about material in the style of the first Fight album and Priest’s ‘Painkiller’. Maybe not of the high class that both those albums are but if you are in the market for some neck breaking good old fashioned combination of speed, power, heavy and thrash metal ‘The Three Tremors’ are happy to oblige. Maybe not all songs are a hundred percent up to scratch but it surely will shake the fillings in your mouth to the core.