THEM-Manor Of The Se7en Gables 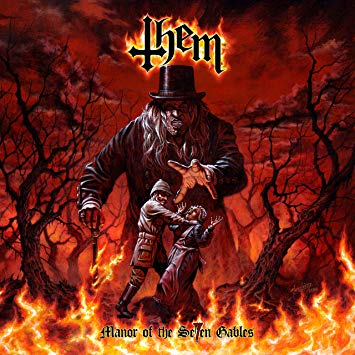 THEM-Manor Of The Se7en Gables

Not really sure what record company Steamhammer sees in the US/German formation Them. Their second album ‘Manor Of The Se7en Gables’ has a lyrical concept dealing with a lot of horror packed in an energetic mix of power and thrash metal. These kind of albums though have been delivered before and in a much better fashion by groups like King Diamond for instance. It all sounds overwhelming, slightly bombastic and powerful and at some stages the music is not bad at all. The main problem are the chaotic vocal deliveries of a certain KK Fossor. He might want to create suspension and excitement with his vocal acrobatics but all he achieves is the direct opposite making it a real task to listen to the whole album in one go and grasp what the hell is going on. It is a very jumpy journey, one that did not impress me very much I must admit.