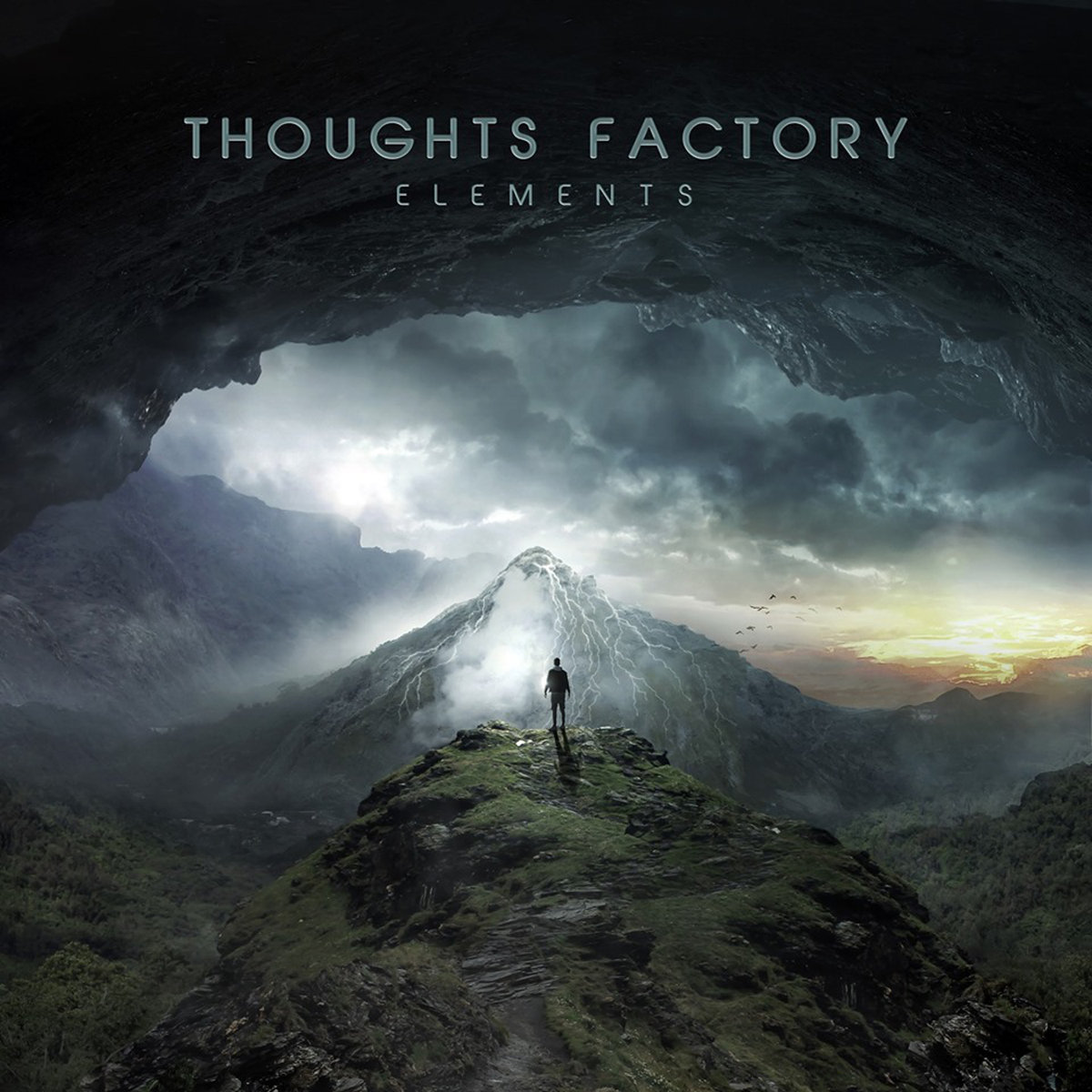 On their second album ‘Elements’ (the debut ‘Lost’ came out about five years ago) the German prog-metal group Thoughts Factory reach the ‘WOW’ factor over and over again. Being led by composer/producer/keyboardist Sven Schornstein this band reaches a level that even a more familiar name like Vanden Plas did not reach on their last album. Thoughts Factory has found on their ten songs the ideal mix between progressive rock, metal and symphonic rock. The metal is provided by the killer riffs that are produced by Markus Wittmann while the colourful keys from Schornstein give the album its modern and progressive character. Between all this there is a singer called Cornelius Wurth (who did not sing on ‘Lost’) who manages to find a middle way to release some high class vocals. The man has different ‘faces’ in his approach, he can go high pitch (,,The Burden’’), be melodic and very accessible (the wonderful opener ,,Mind Odyssey’’) or anything in between. And there are several highlights on this excellent sounding album as well. For me the moody instrumental ,,Frozen Planet’’ with its melodic passages is one of the very best on ‘Elements’. It may not come as a surprise that ‘Elements’ is more or less a concept album. It is for you to find the meaning of it all as the band progresses through its musical journey. There is plenty of attention for melody and the songs are without exception perfectly written and executed. There is actually so much variation in and between the songs that every track becomes a journey by itself where there is a lot to discover and to enjoy. Furthermore ‘Elements’ is a daring album as well. A very unknown German group has the balls and (more important) the skill to juggle with arrangements, rich instrumentation and great singing keeping the listener captivated from the first until the last second. The group has found a perfect balance between different musical styles and I really hope that a big audience is going to take a chance on ‘Elements’. Maybe people that like Sons Of Apollo, Vanden Plas, IQ, Flower Kings and Fates Warning should become aware and check out this very surprising, daring and highly recommended album.  I can only say: hearing is believing!