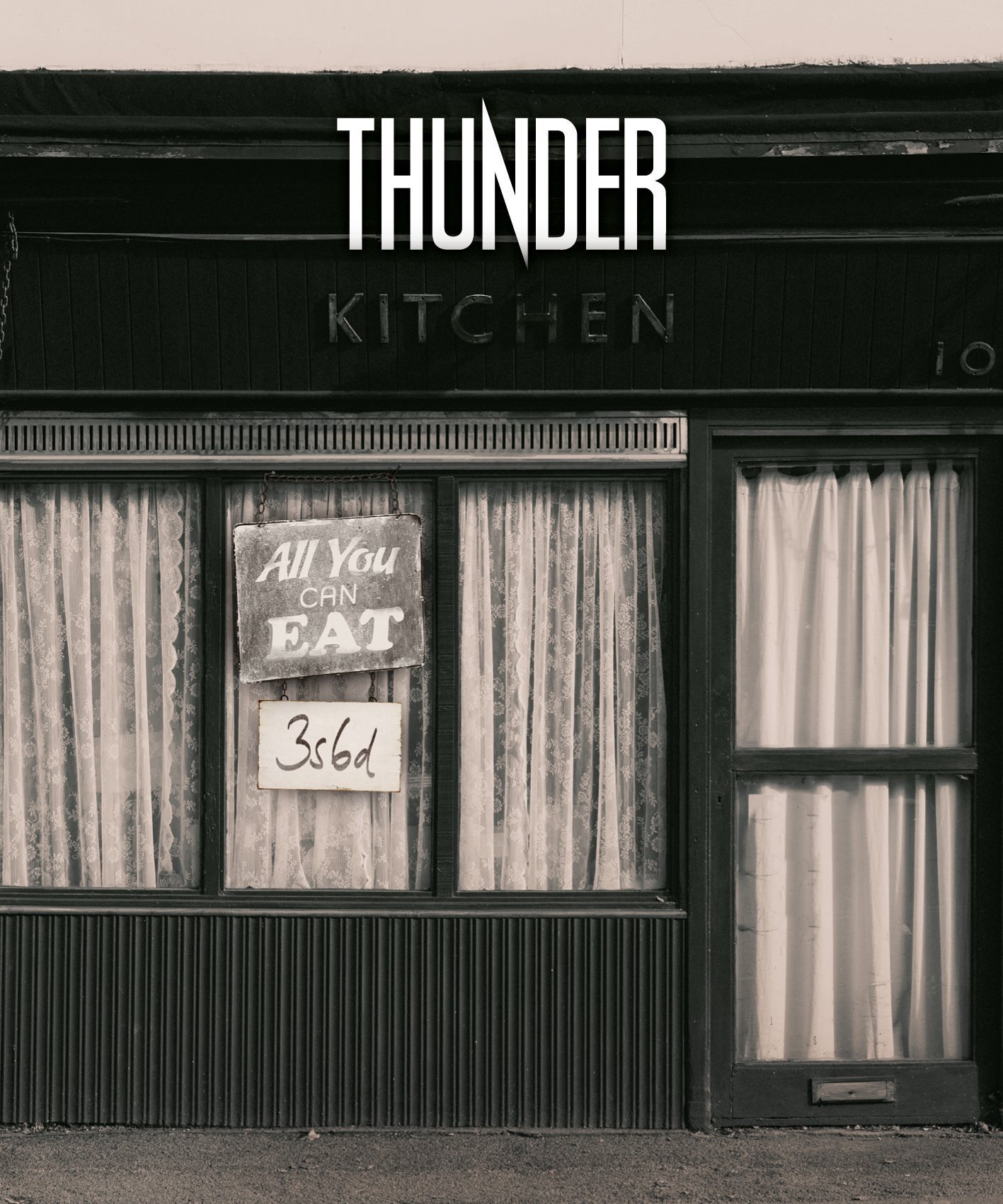 Now this is an interesting release indeed! Just before releasing their comeback album ‘Wonder Days’ early last year the guys from Thunder went into a studio at the request of their record company. The result is more or less a quick re-recording of most of the songs on `Wonder Days’ without any overdubs or repairs after the fact. Just a band rehearsing and playing their new songs with a few extra’s on top. The extra’s are cover versions of ,,Superstition” (Stevie Wonder), ,,Up Around The Bend” (CCR), ,,The Stealer” (Free), ,,I’m Down” (The Beatles) and ,,The Rocker” (Thin Lizzy). Fourteen songs in total on the first CD called ‘Live At RAK Studio 1’. An astonishing session, recorded two days before a live show at the Brooklyn Bowl. That live show was also recorded and is featured on the second CD. Again fourteen songs, with some old favourites like ,,Backstreet Symphony”, ,,The Devil Made Me Do It”, ,,Low Life In High Places”, ,,Love Walked In” and ,,Dirty Love” with again some covers and several tracks from `Wonder Days’. Yet again an excellent performance where singer Daniel Bowes goes to the max to entertain the audience and let them participate in the happening on stage. Everything was recorded without guitarist Ben Matthews who at the time was being treated for cancer (Peter Shoulder, a close friend of the band, replaced him on temporary bases), but made his return to the band in March 2015. The third one is a DVD with extensive interviews with all band members talking about the break up in 2009, the reunion, the sickness of Matthews, the way they work and the future of the band. All is as always served with live images and a lot of typical English jokes. Also featured are live images and recordings from ‘Live At Rak Studio 1’ and ‘Live At The Brooklyn Bowl’. What do you mean boys, `All You Can Eat’? Close to three hours of top entertainment and great music. This is in all aspects a glorious release that you MUST have if you have any kind of love for these great British rock ambassadors!!! A masterpiece!