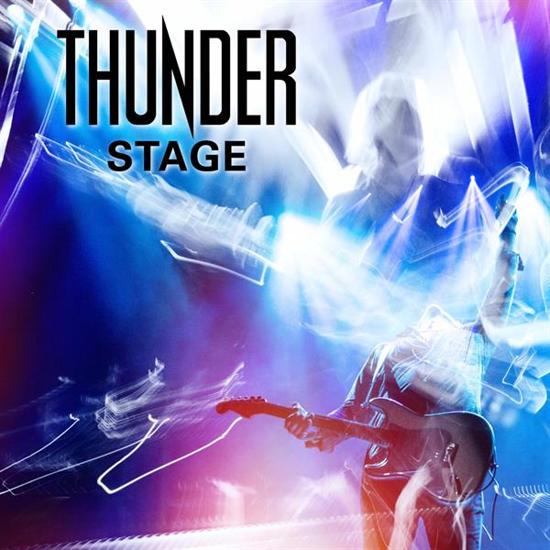 With their March 2017 release ‘Rip It Up’ English veterans Thunder also toured Australia, The UK and the rest of Europe. On the UK leg of the tour they decided on the Motorpoint Arena in Cardiff, Wales to shoot a live DVD and 2CD/Blu-ray. When the band toured with Journey and Whitesnake in 2013, making an official comeback on stage the crowd reaction in Cardiff was so intense and loud that it made guitarist Luke Morley say that maybe it was time to make a studio CD as well which happened a year later in the form of ‘Wonder Days’. So for the band the venue to film and record was obvious from the start. On the European and Australian leg of the tour Thunder decided to play the small venues again without any big production. On the UK leg of the tour things were a bit different. All stops have been pulled out for this 2CD/Blu-ray and the DVD. This band just seems to get better and better especially on stage. Supported by a big lightshow and an immaculate sound it is for more than two hours complete mayhem on these recordings. With a mix of old crowd pleasers like ,,Higher Ground’’, ,,Backstreet Symphony’’, ,,Love Walked In’’, ,,River Of Pain’’ and of course ,,Dirty Love’’ (as one of the encores) and ‘relatively’ new tracks like ,,Rip It Up’’, ,,Wonder Days’’, ,,No One Gets Out Alive’’ and ,,She Likes The Cocaine’’ the gents Daniel Bowes (vocals), Ben Matthews (guitar/keyboards), Harry James (drums), Chris Childs (bass) and Luke Morley (guitar) treat the audience to a blistering show where as usual the crowd has to work just as hard as the band by joining in and getting ready to clap, jump, wave, sing and scream. The filming is just great, every detail you need to see you do see, but the most impressive part for me is the sound of ‘Stage’. Every note that Daniel Bowes sings is razor sharp as is the sound of the individual instruments. Bass player Chris Childs mixed the recordings along with with Mark Stuart (who recorded the session) and producer Kenny Dogleash. A top job on all accounts, there is nothing else to conclude.  A definite must if you are into these dudes who hopefully will be around for the near future, as they are the best thing England has produced for the last 30 years in our favourite musical genre. ‘Stage’ is their ultimate statement!