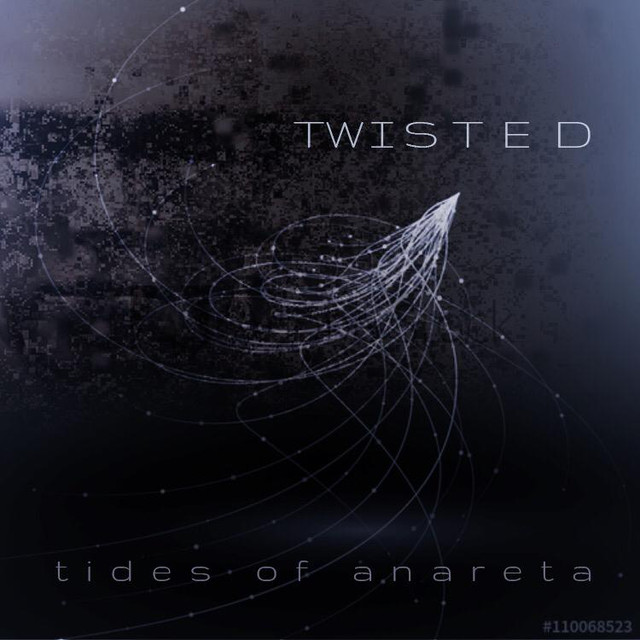 Hailing from Little Rock, Arkansas the young band, founded in 2012, releases their first full-length album, following the debut EP “Two Birds, Three Stones”. “Twisted” is an album musically balancing on the fine lines of different genres, and with the ability to nest in the heart and head easily. Though a rather young band, this will have to be explored by fans of experimental rock and melodic rock.

The band brings together an impressive coherent own sound built from bricks collected in different fields. Progressive elements brought together with slick melodic arrangements. AOR rings through in the vocal lines and especially in the slick choruses, without missing the punch. Though Joel Johnsons voice has a pleasant Nickelback edge, he also packs emotion. His piano and keyboard work also seems eminent as they seem to relay on the keenly crafted structures likely written on piano. The interaction is the band’s stronghold as it flourishes in rich tones and exquisite songs. Being supplement to each other they build a cohesive and impressive sound with enough space left to shine on personal level. Never losing sight of the greater good, the trio pushes the envelope on this 10 track full length recording. Just check out the bedazzling perfection of ,,Why” with its progressive hooks and impressive guitar riffs laid down by Drew Mason and Jeremy Sullivan who also signs for a jaw dropping beautiful solo. The song is held together with keys but never fades in power or emotion. Alvin Alexander is a diamond in the rough who shifts in pace, crashes his cymbals with perfect timing and adds impressive shuffles and drumrolls. His interaction with bassplayer Blake Hogue is stellar and provides a rock solid foundation to build upon. A true highlight is the ethereal and piano driven ,,Into The Gray”. A slow moving and emotional rock ballad coming across timid and fragile as it progresses towards the drum driven mid section in which the song picks up momentum as it towers with keys and tons of emotion. A gripping experience with strangling intensity suddenly unloading with an impressive guitarsolo and riff, the song paws deep emotionally. This ethereal beauty also shines of the edges of ,,Moonlight And Memories”. Another fine example of how intimacy can easily be glued to rock and vice versa. With Joel still as intimate and fragile as on the piano sections, he burst into a Hetfield-like frenzy during chorus. Mid section the song again astonishes the listener with diversity and captivating sound palette offered. Lush but pretentious orchestration oozing serenity, kept within close boundaries, manages to ease the listener towards the sudden impact of drum and guitars, lamenting power and drama.

But the band doesn’t just let off with the foreseen and predictable, though next to impossible, as them hit a steep bump with the punky driven ,,The Way Home” during which they seem to draw from Greenday. Slick chorus and impressive keyboard swirls tangled into a web of riffs. More hook-laden is the harsher ,,Paralyzed” and the riff driven ,,Solus” with its new age tinkles and prolific shuffle. Drums make it standout and it is especially impressive how the band manages to uphold the interaction between guitars and keys almost naturally. “Check your souls at the door, as it leaves you”. Lyrical content also isn’t predictive nor is it easy to devour. Opening tracks ,,Twisted” and ,,Breathe” are packed with progressive elements breathing a certain Ayreon atmosphere occasionally.

‘Twisted’ is closed with a two part song entitled ,,From The Ashes” which spits forward with gigantic riffs and towering keys. Again it shifts shape in an exceptional manner with a slick and impressive chorus overpowering all prejudice a listener might have. The second part of the track is less powerful but more gripping and leaves no room for musical error as it progresses in powerful and melodic fashion. Close harmonies: check! Power and passion: Check! Musical marksmanship: double check!

Tides of Anareta hit me like an autumn rain shower in the sun. The diversity of musical styles brought together in this kaleidoscope of melodic mayhem is of withering beauty and musically it just stand tall on all accounts. I’m aware there are little bits and pieces coinciding at unexpected moments, and this might throw you off, but all in all this first full length album certainly tastes like a whole lot more. I’m convinced, once given time and a helping hand, we all will get to learn Tides of Anareta in the next decade. This hints greatness all over.