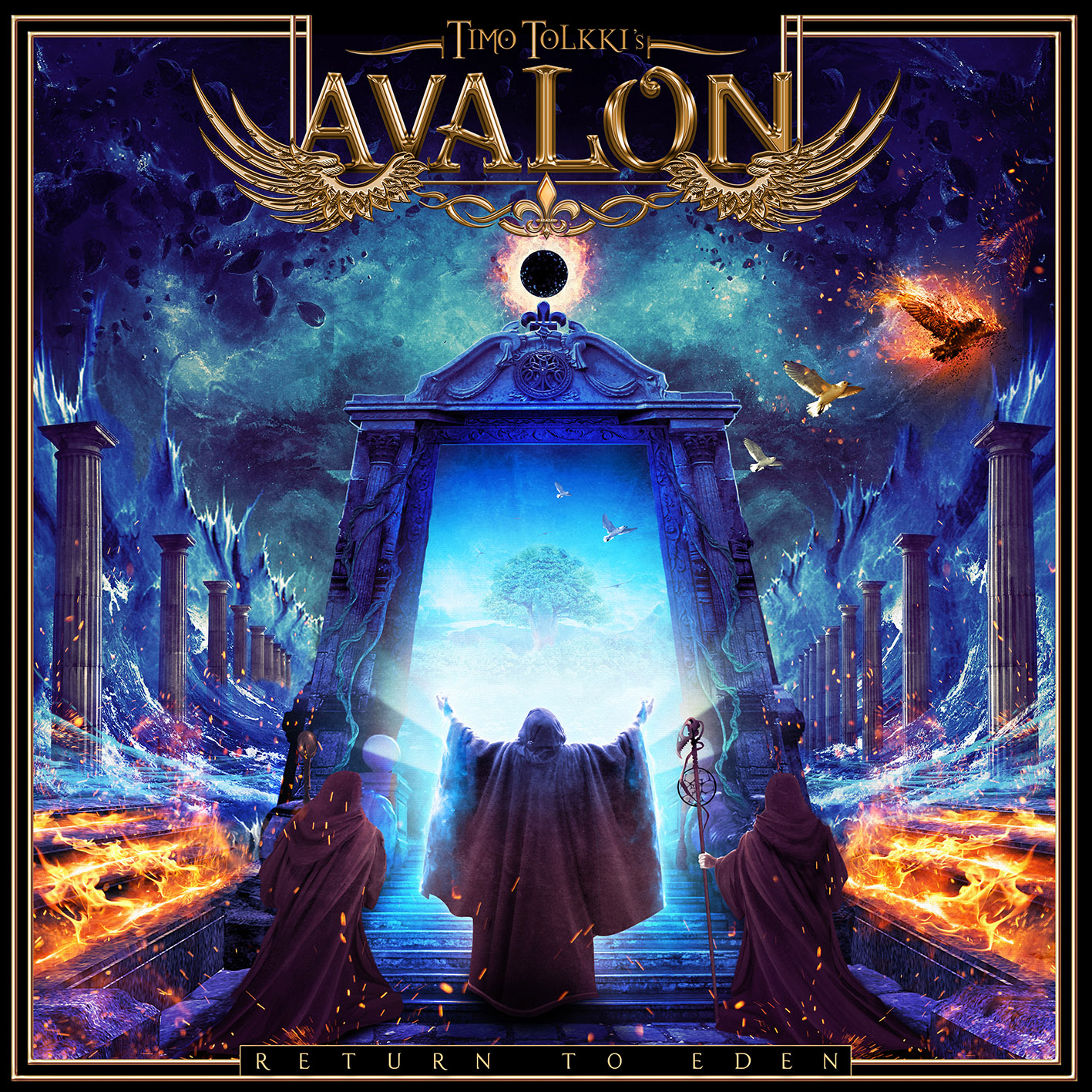 Though announced, the 3rd instalment of Timo Tolkki’s Avalon Trilogy still manages to drop rather unexpected. No less than 5 year following the release of the 2nd chapter, Tolkki picks up where he left off back then. Epic melodic metal tunes with pompous elements and ear mingling melodies, benchmark to his style. Reminiscent to the band he single handed put on the map, Stratovarius, on his Avalon project Tolkki frequently paws deeper and wider in the colourful palette of sounds.

The new album bears Tolkki’s typical signature. His keen ear for hooks and melodies, fused with impressive guitar work, is key. His solos are pristine and dosed with melody; his riffs are vigorous and firing fiercely. Blending the ingredients Timo adds tons of swirling keys and pastes the sound solid. It all is brought to you with a multi-layered production powerful, crystal clear, yet pompous and solid, and an all-star cast of vocalists. Savatage’s Zak Stevens delivers his power chords and it is good to hear the man operating outside the traditional Sava-CIIC boundaries, though he forces occasionally with the pace of the music not suiting his low regions. Anneke van Giersbergen needs no further introduction. Her discography is impressive, solo as well as on a band level, and she has become one of the pillars in European metal and symphonic rock operas over the last couple of decades. Her charismatic performance also radiates off of the edges of this album and with Tristania’s Mariangela Demurtas she has a staggering counterpart matching her allure. Though tapping an entirely different vein, both ladies add lustre to this new album. But it is the surprises that come from an entirely unexpected side which make `Return to Eden’ such a treasurable gem; Riot V’s Todd Michael Hall belts an impeccable job. The return of ex-Elegy’s Eduard Hovinga however is a little less pleasant. The man takes the spotlight twice and his typical high pitches have been replaced by a more soaring and forced tenor. When Hovinga joins hands with Tolkki’ it is only obvious they also reignite the heydays of the tour-bonded bands Elegy and Stratovarius. On ,,Limits”, when the pace goes up and with its tremendously dense structure, the outcome may be considered to dated for an album that has more to offer.
After the symphonic intro ,,Enlighten” the album shoots into gear with wallop, and this typical pace remains high throughout. Galloping bass drums and progressive breaks delivered with impressive drive, take the song forward in typical Euro power metal poise. The guitars are firing left to right with arpeggios swirling the neck of his Strat. Hall’s high-pitched vocals are spot on and the ravishing bold choirs set a pompous outline, while Tolkki delves deep soling. I won’t dub him shred, but he definitely bears the Shrapnel Records mark on several tracks on this record. It is this mark that is all too present all over this new record. When the Avalon-train hits the breaks, they lay down some of the most impressive and tasteful arrangements of Timo’s career. ,,Godsend” is absolutely gorgeous, with Demurtas making her own performances of the past look pale. It packs such elegance and panache; astonishing. The performance is only matched by Van Giersbergen’s emotionally charged delivery on ,,Hear My Call”, easily Tolkki’s best track to date. She shifts between pitches and frail high notes, morphing forward with tremendous devotion. On ,,We Are The Ones” she leans strongly on the swirling keys and powerful symphonic arrangement, adding stunning dimension. Adding dimensions is basically the key on this album, as the range of all vocalists overlap, with each one adding a typical posture. Timo made each and every one of his cast delve deep to bring out the best, and occasionally you spot how hard labour pays off, as well as it falls short (Hovinga, Stevens). The interaction at times is phenomenal and these moments are the ones to cherish.

Though this is typical euro power metal firing on all engines, it is the impressive melodic orchestration and more melodic tunes that really ooze allure. Avalon’s `Return to Eden’ is an album that needed time to nest and eventually a handful of tracks ended up in my playlist. I’m aware it might be a bit too much on the Teutonic side, and with Hovinga falling short it also has a weak spot. Personally I believe the album would have been more consistent with Hall as main vocalist aside both metal ladies, but check out the highlights and collect the pearls in between.

Anneke Van Giersbergen – Vocal (Hear My Call, We Are The Ones)